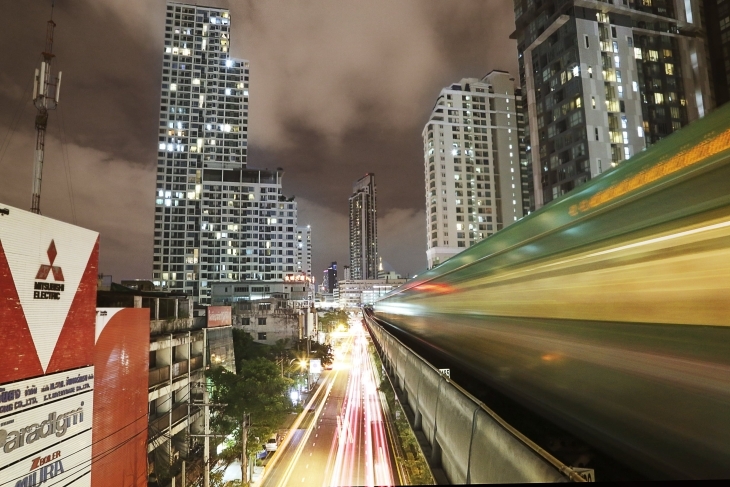 In a surging digital economy, the country is poised to make its mark.

Taking advantage of the digital disruption, Thailand has been making strides to modernise its banking sector. In January 2020, it was reported that the Bank of Thailand (BOT) was considering digital banking licenses in order to open more opportunities for financial inclusion and establish the financial ecosystem in the overall market.

Thailand’s digital banking scene has been described as “quite vibrant” with incumbent banks, platforms and non-banks competing and collaborating for financial products, said BOT assistant governor for financial institutions policy group Nawaron Dejsuvan. This vibrancy is partly reflected by the prevalence of mobile banking and digital accounts, where usage jumped almost 70% YoY in March 2020.

The government and the central bank have also created a favourable environment for digital banking to flourish, said S&P Global Ratings analyst Deepali Seth Chhabria, as the dynamic preferences of tech-savvy clients are amping up the transition. For her part, Desjuvan highlighted the fact that the public are already being prepared for the disruption through the country’s PromptPay system and social welfare payments being made through digital wallets.

But it is not without problems. A Maybank Kim Eng analysis posits that uncertainty remains high in the sector, with high credit costs until 2022 and possible net interest income and net interest margin declining given multiple rate cuts in H2 2020. Moreover, Thai banks that hold off their tech investments could potentially lose market share against peers who continually take advantage of the shift.

Seth Chhabria believes that the race for digitisation will intensify as innovations produce faster and low-cost client solutions, with evolving customer tastes as one of the most critical factors pushing Thailand to adopt digital banking.

“Thailand has a large middle-aged population and they prefer convenience. About 60% of the population is between 15 and 55 years old. Thai customers are increasingly more digital savvy. They lean toward online bank transactions rather than visiting their local branch, and this trend is visible in both the urban and rural areas,” she explained.

She considers regulation and policymaking as “a neutral digital disruption risk” for Thai lenders as the BOT are likely to only open the sector progressively as it safeguards banks’ ability to handle incoming competition.

According to Dejsuvan, the BOT has been reviewing its own regulations, with regulatory impact analyses and regulatory guillotine being carried out since 2018 to help with the digital shift. New approaches have been launched, such as proportionality and principle-based guidelines, whereby more breathing room is permitted when financial activities involved do not pose a risk of destabilisation.

“In 2017, the Bank of Thailand also established a regulatory sandbox to encourage banks and FinTech players to pioneer innovations within a well-defined market and specified duration. To allow even more flexibility, our regulatory sandbox has since been modified such that financial services providers can also test most of their new innovations in their own sandbox,” she explained.

Another challenge for the regulatory body is ensuring the efficient flow of data and data privacy compliance both at the same time. “The Thai QR code standard which allows interoperable payments across the schemes of global payment service providers also helps ensure that payment data are not fragmented amongst different schemes.”

“Our strategic directions focus on ensuring that the general public and businesses, especially small and medium enterprises (SMEs), have access to financial products and services that can help solve their financial pain points, at competitive prices.”

In January 2020, it was reported by The Bangkok Post that the BOT was studying digital banking licences. The news outfit quoted the central bank’s deputy governor for financial institutions stability Ronadol Numnoda as saying that digital banks serve as options for the BOT to mull the overall banking industry in the long-term.

“When we talk about digital banking licenses, we want to have a new financial services provider that can serve the currently underserved, meaning that you have to be able to meet the needs of people on the street, people from far, far away,” Santhiprabhob told Bloomberg.

Desjuvan noted that promoting rapid digital transformation of the financial system is one of the key focuses for the BOT as highlighted in its Strategic Plan 2020-2022. In addition to the three pillars Santhiprabhob stated above, Desjuvan said there needs to be an appropriate level of collaboration and competition to secure the benefits of customers and businesses, particularly SMEs.

She added that banks and non-banks have both expressed interests in offering digital lending products and such development will matter into their considerations for future digital banking licences, but did not specify the names of the interested parties.

In Seth Chhabria’s viewpoint, the country’s top banks will still have the upper hand even if the digital shift could upend the playing field. According to her, it is unlikely that digitalisation will rattle the position of the main players in the medium term.

“The top five Thai banks collectively hold about 75% of the banking sector's loan market share and dominate the industry. These banks have further consolidated their position over the past decade, when their market share was about 60%. We believe these banks are gradually preparing to reengineer banking dynamics, as well as for competition from potential new players.”

As examples, she cited Siam Commercial Bank’s long-term strategy to transform itself into a “lean organisation” espousing digitisation, as well as the 2019 partnership between Bangkok Bank, KASIKORNBANK and Central JD Money for Dolfin Wallet, Thailand’s first e-wallet app that allows payments and transfers through all channels.

With Thai lenders finding new ways to increase their online presence, they have been embracing new technology as the root of innovative product solutions, but the speed of implementation may differ, she noted. Whilst technology seems to pose a low risk of disruption for now, conditions could rapidly shift if the operating environment permits big tech firms to rise as main adversaries.

Banks’ physical presence have been on a downward trend with 2019 as the fourth straight year in which the total number of branches lowered across the country. Branches are seen to embody a supporting role to other delivery channels once digital transactions surge, Seth Chhabria explained.

Fintech initiatives may boost industry earnings in the long run, but their overall effect may rely on banks’ response to incoming competition.

In terms of non-technological metrics, Thai banks should foresee elevated non-performing loans and credit costs in the next three years, said Maybank Kim Eng analyst Jesada Techahusdin. He believes that the sector’s Q2 earnings do not fully indicate the fallout caused by the pandemic as all lenders could defer loan classification downgrades during 2020-2021 after the central bank’s debt relief measures.

On average, loans inched up 0.2% MoM in July, with KASIKORNBANK’s and SCB’s loan portfolios growing 0.8% and 1% respectively. “Most banks have revised down NIM and fee income growth targets, and raised credit cost to reflect current economic conditions. The banks said that they need at least three years to return to overall operations back to pre-COVID-19 levels,” Techahusdin wrote.

Come H2 2020, banks will face diminished net interest income and net interest margin brought about by multiple lending rate cuts in the previous half year. Asset quality should deteriorate, he stated, but the industry might not display a notable increase in non-performing loans until Q4 due to debt-relief initiatives.

Per Desjuvan, the BOT will assume a “customer-centric” approach in its plans for digital banking and will encourage competition and collaboration across new and traditional business models. She acknowledged that it will be “a new phase” for the banking sector and the central bank has to take into account several implications in order to design suitable policies.

The central bank is also promoting digital financial infrastructures to spur more innovations that are sufficient for the demand of the digital economy.

“As we embark on the digital banking scene, it is worth keeping in mind that the ultimate desire is to see that customers are well served with better products, more choices, and at a lower cost,” she emphasised.