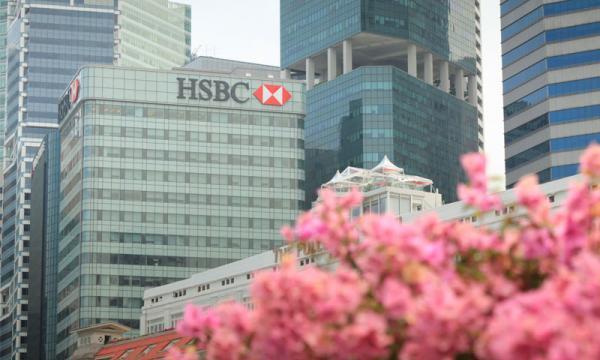 This was blamed on lower revenue, interest rate reductions in deposit franchises.

HSBC reported gloomy profits for the Q3 period, underlining the need to push through with their planned overhaul especially with COVID-19 having impacted operations.

The bank’s reported profit after tax tumbled down 46% to $2b whilst reported profit before tax fell 36% to $3.1b, according to HSBC’s Q3 results announced. This was attributed mainly to lower revenue, which fell 11% to $11.9b.

On the upside, HSBC’s operations in Asia reportedly continue to be resilient, with reported profit before tax in Q3 coming at $3.2b despite interest rate headwinds, the banks said.

Reported expected credit losses and other credit impairment charges (‘ECL’) also fell by $0.1b to $0.8b.

Looking forward, HSBC expects lower global interest rates to continue and to put pressure on their net interest income in Q4. However, the bank expects stabilization as they move to 2021.

Furthermore, the bank noted ongoing geopolitical risks, which adds to uncertainty in the coming quarter.

“Geopolitical risk, particularly relating to trade and other tensions between the US and China, remains heightened. There also remains uncertainty regarding the UK’s withdrawal from the European Union (EU),” the announcement read, adding that whilst trade talks between the UK and the EU are ongoing, there remains a possibility that there may not be a trade deal agreed by end-2020.

HSBC expects to exceed their $100b gross risk-weighted asset (RWA) reduction target by the end of 2022. This is to allow for more resources to be allocated to areas of competitive advantage, higher returns and growth.

The board is also still considering whether to pay a conservative dividend for 2020. Decision will be based on economic outlook for 2021 and subject to regulatory consultation, HSBC said.