By helping its customers through their transformative digital strategies, SmartStream provides a range of solutions for the transaction lifecycle with artificial intelligence and machine learning technologies embedded - which can also be deployed in the cloud or as managed services.

As a result, more than 2,000 clients—including 70 of the world’s top 100 banks, rely on SmartStream Transaction Lifecycle Management (TLM®) solutions to deliver greater efficiency to their operations.

As digital payments push out cash amidst the pandemic, providers look to SmartStream Technologies, for an automation advantage. Santosh Tripathy talks about the backbone needed for would-be players.

Digital payments is gaining even more momentum in Asia Pacific amidst a growing aversion to cash-based transactions due to the fear of catching the new coronavirus when using physical currency, noted Santosh Tripathy, Practice Lead, Digital Payments at SmartStream, citing news reports of a 50% cash usage decline in the UK, for example.

Central banks have been showing more regulatory support for digital payments, whilst a slew of financial institutions across the region have either jumpstarted or doubled down on their digital payments initiatives.

"Contactless payment is getting a lot of push. The banks had to up the infrastructure in a very quick time. Digital payment was already very, very active in Asia Pacific—in fact, we are leading the pace across the globe," said Santosh.

"The innovations that we can see in the digital payment space in Asia Pacific is phenomenal. You might have heard of a plan to launch a new digital bank and the whole licensing model of giving license to new fintech players. Infrastructure is already there, but they have to up the ecosystem so that they support the transaction well," he noted.

Coping with the 3 Vs of digital payments
However, Santosh warned that diving into the lucrative digital payments space can result in costly missteps for players that lack a solid operational backbone, which is where SmartStream comes into the picture.

“We support back-office teams with our solutions where we have institutionalized industry best practices so that the innovations in payments transcend smoothly to operations. And we're talking about the three Vs—velocity, volume and variability—that are increasing at the same time.”

"Velocity means transactions and the settlement are happening much faster. Volumes have also increased multifold and COVID-19 has been a catalyst for that. And as payment transaction volume has risen, so has the variations," he noted.

"It used to just revolve around ATMs and cards backed by domestic and international card networks. Statistics suggest inclination of consumers towards contactless payments and use of digital wallets, e-wallets like Apple Pay, Samsung Pay, Android Pay, Alipay, WeChat Pay and what-not. All these new payment methods are new delicacies, and as a bank, you have to prepare your infrastructure to support all of that in almost no time. This is where SmartStream plays, by setting a digital payments operations control centre, to bring the same frictionless and seamless experience amidst these changes."

Keeping up via automation
Higher customer expectations and increased competition has made it more pressing for digital payments providers to prevent any inconvenient or inefficient transacting experience, which is where automation and cloud technologies can shine, said Santosh.

"Any hiccups, any bad experience, the customer can switch immediately because there are a lot of options available. It takes no time for you to switch your wallet from one to another because it usually just entails installing a new app—that's it. With this faster world of digital payments, the customer is very, very critical," he noted.

SmartStream helps customers handle the transaction volume spike resulting from their digital payments initiatives and provide controls to ensure that this does not translate to more failure situations. SmartStream has adopted innovative technologies, especially AI and machine learning, in its solutions, to adapt to the challenges that customers face in the digital payments space.

“SmartStream can leverage on the power of these technologies to help clients handle new variations of data formats,” said Santosh, adding that with the rapidly changing array of exceptions in digital payments, it is smarter to automate the whole exception handling process.

As an example, consumers report instances where their card was misused, debited twice, incorrectly charged, charged but service not rendered. Organisations need a system to have a singular unified view of the entire lifecycle of transaction including auto-created exceptions.

“Rather than waiting for the customer to complain and wait for a week, this whole process is automated with the support of SmartStream,” he added.

SmartStream has also launched a reconciliation platform, SmartStream Air, which is based on AI and completely on cloud, which enables digital payments providers to identify inconsistencies in transactions in a much faster and convenient way. “Plus, you do not have to do any configuration. It's a day zero reconciliation solution,” Santosh noted.

Apr 05, 2021
SmartStream Technologies, the financial Transaction Lifecycle Management (TLM®) solutions provider today announces the launch of TLM Aurora Universal Data Control - driven by client demand - it is the only solution of its type to match any reconciliations data, from basic to complex matching by enabling AI, machine learning and cloud-native technology.
Read More >
Harnessing the power of observational learning in data quality processing and management 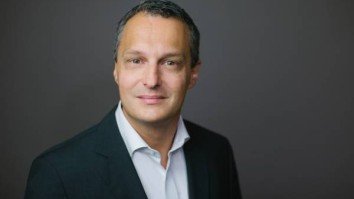 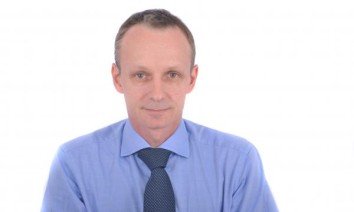 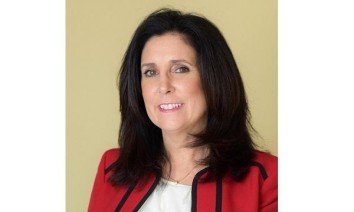 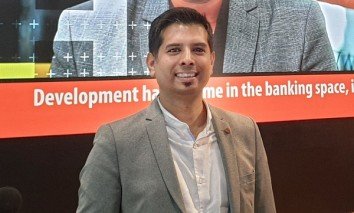 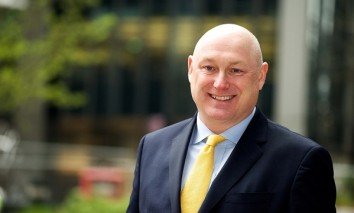 How SmartStream's managed services is transforming banking in Asia Pacific 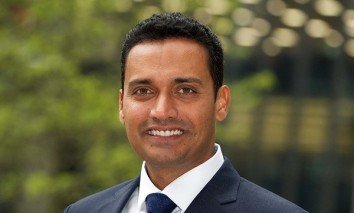 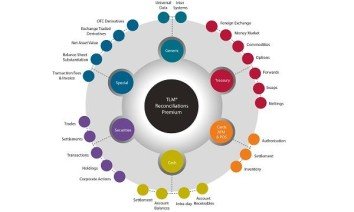 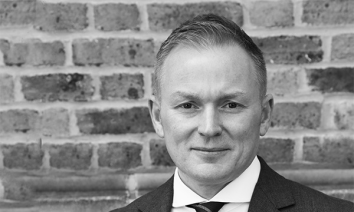 Apr 01, 2019
When a European company was struggling with a corporate actions conundrum of spending four hours each day collating new event notifications that have been received into the organisation, it turned to SmartStream Technologies for a solution that would enable them to automate the painstaking process. The firm implemented SmartStream’s TLM Corporate Actions platform, which then drastically cut down the processing time compared to the previous manual system that was bogged down by an influx of printed SWIFT messages, fax messages, emails and Excel spreadsheet reports.
Read More >
Corporate actions: How can financial institutions adopt the industry's best practices as standard? 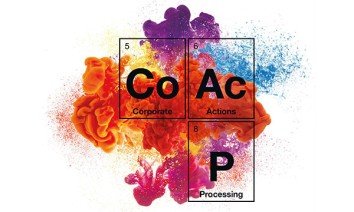 Corporate actions: How can financial institutions adopt the industry's best practices as standard? 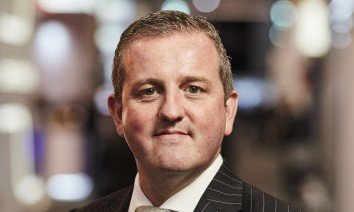 Feb 12, 2019
“How do you achieve operational efficiency in a leaner model?” is the question banks seek to answer.
Read More >
SmartStream: Preparing firms as initial margin segregation becomes the new status quo 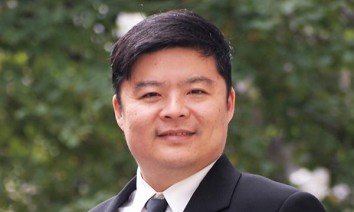 Feb 12, 2019
Financial institutions are in for a transformation as regulatory changes come in the next two years.
Read More >
SmartStream further expands presence in Asia with new Chinese partner TGT Chibo Data Service 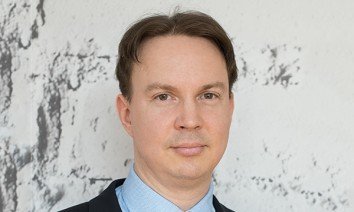 Feb 12, 2019
The technology can optimise processes in all levels, from reconciliation, to stress testing and payments.
Read More >
New technologies transform data validation and reconciliations in banking 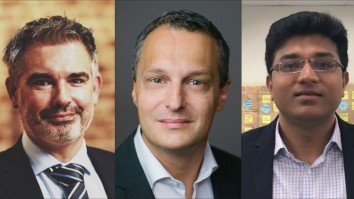 Aug 12, 2021
SmartStream Technologies, the financial Transaction Lifecycle Management (TLM®) solutions provider announces the launch of SmartStream Air Version 4, which provides the continuous streaming of reconciliations using the latest AI cloud-native technology. The new version will manage large volumes of data in a variety of non-standard formats and structures, it will check for accuracy and completeness on a continuous basis, without the need to reload unmatched items.
Read More >
SmartStream bolsters APAC team with two new hires to meet increasing demand for client support and d... 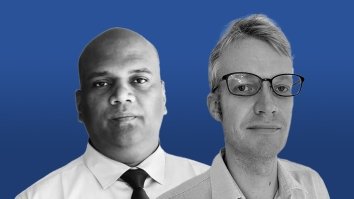 Aug 30, 2022
SmartStream Technologies, the financial Transaction Lifecycle Management (TLM®) solutions provider today announces two senior appointments - Romain Rohee, Regional Head for Client Services and Delivery and Amol Deep, Delivery Engagement Director – both hires will strengthen the regional team in areas of solution delivery and client engagements.   Romain Rohee will lead and set direction on all product delivery, with a key focus on customer satisfaction and relationships across all stages of the client lifecycle. Prior to joining SmartStream, he was the APAC Head of Operations for ITRS Group and led their managed and professional services teams. Before this, he was at two other organisations managing process implementations and integration for Société Générale and Orsyp Group, globally.
Read More >
Addressing operational challenges in financial institutions through effective managed services 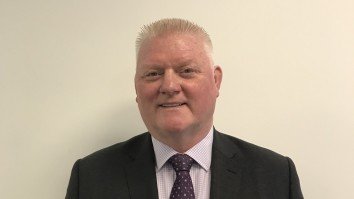 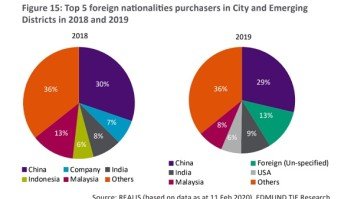 May 25, 2021
Managing an effective intraday liquidity system doesn’t have to be a tedious and drawn-out process.
Read More >