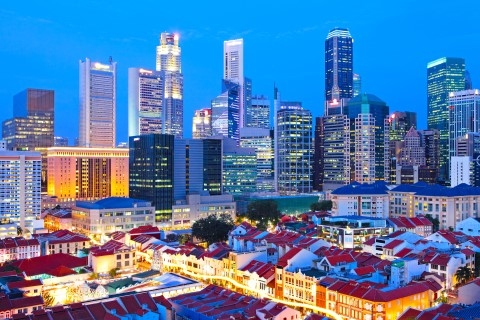 Singapore fintechs give China a run for its money

Ride-hailing firm Grab nabbed a place in the top five.

Singapore is steadily putting the little red dot on the map for its expertise in nurturing fintechs as six homegrown firms made it to the creme dela creme of KPMG’s Fintech100 list.

Ride-hailing firm Grab made the city state proud after successfully muscling against Chinese tech titans to nab the third place in the global rankings. New to the list, Grab is making headway with its plans to expand beyond its traditional domain of ride-hailing as it positions to be the go-to app for transport, food, delivery and payment in Southeast Asia.

Online P2P platform Funding Societies which links investors with credit-short businesses also made it to the list along with cross-border money transfer service provider InstaREM which counts Silicon Valley Bank and GSR Ventures amongst its backers.

Kyber Network and TenX which were boosted by popular initial coin offerings were also lauded alongside Singapore Life which holds the distinction as the first local independent insurer to be licensed by the Monetary Authority of Singapore (MAS) since 1970.

The US leads the Fintech100 with 18 fintechs making it to the list including three of the top ten. UK and China follow with 12 and 11 respectively whilst Australia along with Singapore made APAC proud with 7 and 6 fintechs respectively.

On a regional basis, APAC continues to make its presence known with 37 companies on the region making it to list, up from 31 in 2017. Vietnam and Thailand were also included for the first time whilst Japan, Indonesia and Korea had two firms each to make them proud. India had three.