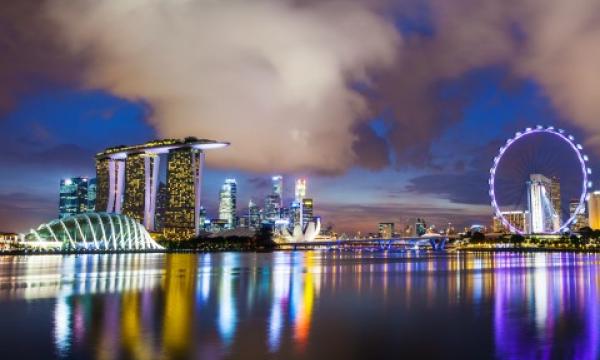 MAS looks for ultra-fast platforms that could route currency trades in milliseconds.

Bloomberg reports that Singapore is aiming for a bigger slice of the world’s $5.1t-a-day foreign exchange market as it encourages major foreign-exchange players to set up speedier systems that would remove the sub-second delay caused by routing trades via Tokyo or London.

UBS and Citigroup have already set up pricing engines in the city and the Monetary Authority of Singapore (MAS) is hoping to bring in six to eight more big players. MAS has also lent support to currency platform provider Spark Systems and London-based market maker XTX Market to set up a pricing hub in the city.

“We are positioning ourselves to be plugged in to growing Asian wealth,” Benny Chey, assistant managing director of development and international at MAS told Bloomberg.

Although Singapore is already Asia’s biggest forex trading center by volume, the city is still a long way behind the UK and US where investors exchange US$2.41t and US$1.27t respectively each day, data from the Bank of International Settlements (BIS) show.

“Singapore has a good mix of real-money demand that have investment needs as well as risk-management and hedging needs,” he said. “When these demands are here and growing, the demand on FX and FX-trading volumes will rise commensurately.”