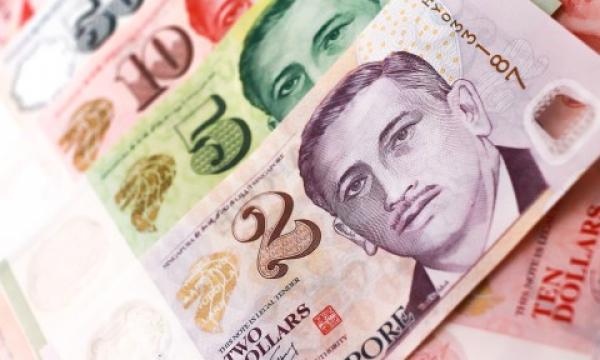 Singapore retained its position as the third largest foreign exchange (FX) centre globally with an average daily FX trading volume of $870.63b (US$633b) in April, according to the 2019 Triennial Central Bank Survey of the Bank for International Settlements (BIS).

In addition, the US dollar, Japanese yen, Euro, Australian dollar and Singapore dollar emerged as the top five traded currencies in Singapore. Its trading volumes rose between 24% to 45%, except for the Japanese yen which posted a 4% decline in volume.

In terms of FX instruments, spot and FX swaps turnover increased by 26% and 35% respectively over the two survey periods. FX options and currency swaps inched up 9% and 6% in volume respectively, whilst forwards turnover declined 6% from 2016 to 2019.

Furthermore average daily volumes of Singapore’s over-the-counter (OTC) interest rate derivatives have surged 87% to (US$109b) in April, as compared to $79.77b (US$58b) three years ago.

The most actively traded instruments in the country is the Australian dollar (32%), US dollar (21%), and Singapore dollar (9%) interest rate derivatives.

“Global and regional FX players continue to expand their regional footprint in Singapore and are investing heavily in building up their skills and trading infrastructure, including in FX e-trading. We expect these investments to bear fruit in the medium term and further improve the trading landscape for market participants and enhance price discovery, liquidity and transparency in the Asian time zone,” Jacqueline Loh, Deputy Managing Director, MAS, said in a statement.

JPMorgan earlier unveiled plans to launch an electronic FX trading and pricing engine in Singapore, joining the likes of UBS and Citigroup which earlier set up pricing engines in the city state. MAS is aiming to bring in six to eight more big players in a bid to capture a bigger slice of the world's US$5.1t-a-day forex market, according to a report from Bloomberg.