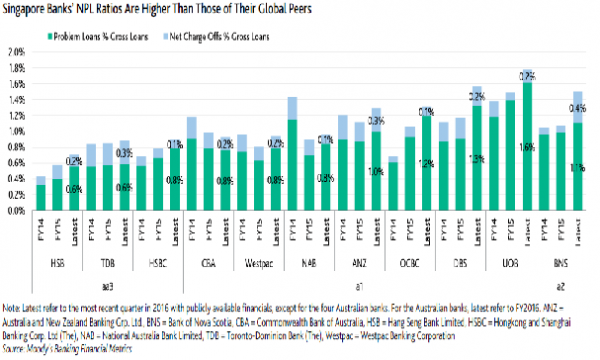 Chart of the Week: Singapore banks' NPL ratios higher than their global peers'

OCBC has the highest proportion of overseas NPLs.

According to Moody's Investors Service, driven by the Singapore banks' diverse geographic mix, particularly in higher risk markets in other parts of Southeast Asia and Greater China, the banks’ NPL ratios are above those of their global peers, which tend to have limited operations outside their home markets.