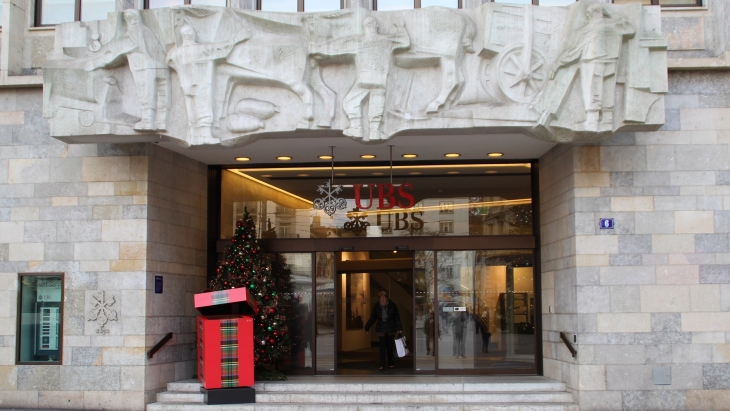 And Citigroup warns of charges related to the closing of S. Korea consumer business.

Switzerland’s largest bank, UBS, has posted its highest quarterly profit since 2015, buoyed by the robust trading activity of the world's ultra-wealthy that led to a 23% surge in fee income.

The strong results follow double-digit per cent gains for net profit in each of the past four quarters and come as UBS announced new plans for its digital push, which include a new advisory service for affluent US clients.

Third-quarter net profit came in at almost $2.28b, easily surpassing a median estimate of a 24% slump to $1.6b from a poll of 23 analysts compiled by the bank.

A prospective deal for the Italian government to sell Monte dei Paschi to UniCredit collapsed on 27 October after the two sides reportedly failed to agree on terms.

Failure to bridge a multi-billion euro valuation gap between the parties leaves Italy unable to complete the restructuring of its banking system which it started six years ago, according to Reuters.

Rome is still struggling to find a solution for the Tuscan lender it has spent billions of euros on since the 2008 financial crisis.

Citigroup has warned of charges related to the closing of its consumer banking business in South Korea.

The charges are for payouts to employees related to voluntary termination benefits, discussions for which have already started with employee unions, Citigroup said. Charges will be spread across until end-2023.