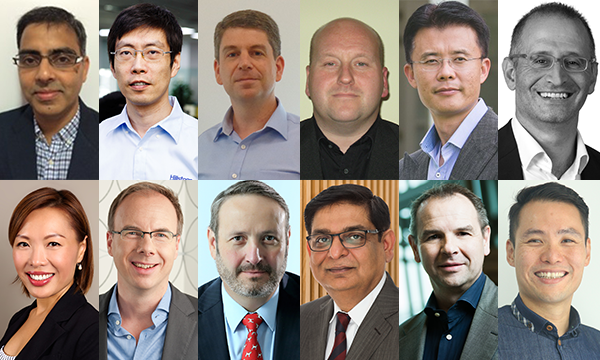 Find out where APAC banks will spend their $67.1b budget for IT this year.

When banks draw up their battle plans for market domination in 2017, a significant portion of their war budget will likely be allotted to information technology (IT), which can help them attract new customers through predictive analytics, protect current ones through enhanced enterprise security or enhance operations through cloud adoption.

IT spending by banking and securities firms in the mature Asia/Pacific region (Australia, Japan, New Zealand, Singapore and South Korea) is estimated to reach $67.1 billion in 2017, according to Gartner, with the following 10 priority areas identified by industry experts for 2017.

1. Digitalisation
As more Asian customers use multiple devices and channels for their banking transactions, there is an imperative to pour in a lot of resources to improve every aspect of the customer digital experience. To create the kind of seamless, intuitive and fast interaction that most customers crave for, banks must level up their IT infrastructure.

“With disruption becoming the new ‘norm’, digitalisation will be the only way for the banking industry to move forward in 2017,” says Mike Saxton, senior vice president, Software AG Asia Pacific & Japan.

He reckons banks will invest extensively to improve their IT infrastructures and many will start to leverage disruptive technologies such as blockchain to harness automation and innovation advantages.

“Banks will strive to completely digitalise their business models, transforming themselves into a software company that provides banking solutions,” says Saxton. “By investing in technologies such as agile cloud and analytics, banks will be able to achieve greater operational efficiencies, agility, better decision making capabilities and increased cost savings.”

2. Data analytics
In recent years tapping into customer data and insight has become more critical in how banks plan to win in the market, and 2017 will not do much to change that.

Banks and financial institutions have plenty of information and data available, and many of them will be eager to harness the full potential of insights that lie in that treasure trove of information, says Erich Gerber, general manager, Asia Pacific and Japan at TIBCO Software.

“By connecting data to human experience, banks are empowered to improve the overall customer satisfaction and launch successful marketing campaigns,” he says.

“Leveraging the knowledge of the customer and the market using visual analytics and streaming analytics techniques not only gives their customers options to make their own financial decisions, but allows improvements in multichannel delivery and exploring the use of open application program interface (APIs).”

Bank networks can become overloaded with the massive amounts of data streaming into them. Automation can alleviate this stress, enabling networks to become “self-driving networks” that can make better decisions even as data loads increase.

“The ‘self-driving network’ can anticipate where potential issues are and apply the corrective actions, which is crucial in fast-paced banking environments where outages can be detrimental and costly,” says Shi.

4. AI
Artificial Intelligence (AI) will be prioritised by banks this year, says Anna Gong, CEO of Perx, since it will allow them to parse big data and then create a hyper-targeted customer experience.

“Banks will be investing heavily in AI-powered systems as they try to make the most out of their customer data from multiple channels,” she says. “By leveraging machine learning capabilities of AI to engage consumers more strategically, banks will be face some exciting times in the customer experience space as business efficiency will now become more dependent on consumers’ behaviour and patterns than ever before.”

5. Data centre transformation
Data centres have become the backbone of banking systems, and there will be a heightened need to make them more efficient as more customers demand quicker and smoother transactions across myriad devices, says David Allott, director of cyber defense, APAC at Intel Security.

“A core piece of driving efficiencies for the data centre has been server virtualisation, which helps to reduce total cost of ownership while establishing a foundation for agility and automation of the underlying computing infrastructure,” he explains.

“A new virtualised network of compartmentalised applications in banks’ data centre allows for increased flexibility and security — if architected with purpose-built security solutions made for the software-defined network.”

6. Enterprise security
With the rising incidence of cyber security attacks in Asia, banks have started to beef up their protection for clients in usual touch points like ATMs. But with 82% of cyber attacks happening via web applications, a portion of which comes from the client-side user interface or web APIs, then it falls on banks to increase overall enterprise security without sacrificing convenience or ease of use.

“These attacks will become even more significant as the financial industry increasingly opens up, allowing more and more parties to play a role in the ecosystem,” says David W. Jones, senior director - global business development at Irdeto. “Winning the customer of the future requires banks to create a seamless yet secure customer journey, and finding the right balance between user convenience and security is key for this to happen.”

As cybercriminals become more sophisticated with their techniques, there is also an increasing need for IT experts to expand their skillsets to match criminal capabilities.

“While there is no foolproof protection from virus attacks, especially after malware has found its way into the enterprise network, the damage can be mitigated through the use of virus protection features in combination with reliable malware detection solutions and efficient IT forensics,” says Prevrhal.

“Banks are now required to consider products that thoroughly monitor their networks, while also simplifying the process of IT forensics. Services offering such features are able to identify previously undetected malware, even after it has already found its way into a company’s infrastructure. Instant alerts often enable companies to react before the malware has had the chance to cause any harm.”

“While it is true that the adoption of IoT in enterprises hasn’t been as quick as in the consumer market, IoT is growing rapidly, with the potential to radically change almost every business process,” says Allott. “The transition from closed networks to enterprise IT networks connected to the public Internet is accelerating at an alarming pace — and is raising alarms about security.”

“These new connections introduce risks and vulnerability, exposing weaknesses that were previously hidden by the obscurity of non-connectivity,” he adds.

“Security technology may be able to secure our networks and endpoints, but none of these are effective against human errors,” says Sanjay Rohatgi, senior vice president, Symantec Asia Pacific & Japan. “Cyber criminals are aware of these and seek to exploit what they perceive to be the weakest link in the chain – humans.”

“Cyber security needs to be a conscious effort by all parties and requires good digital hygiene on the part of everyone; both at home, and in the office,” adds Rohatgi.

“By investing in education and raising awareness of cyber security threats and risks, employees can learn how to recognise symptoms, and diagnose ‘digital diseases’ to protect their databases more effectively.”

9. Cloud adoption
Last year several banks employed software as a service (SaaS) tools, but 2017 will see more banks investing in public clouds, with a focus on leveraging infrastructure as a service (IaaS), to enhance business agility and efficiency, says Tim Liu, chief technology officer at Hillstone Networks. Security is ramping up and giving banks more confidence to move into the cloud.

“As robust security solutions start mushrooming in the market, banks have also moved past their fear about on-premise implementations in the cloud, and leveraging the cloud for new digital services to stay competitive against the more agile financial technology (Fintech) firms,” he explains.

The rise of Fintech competitors will force banks to carve out even higher operational efficiency through cloud systems, says Benjamin Mah, CEO & co-founder of V-Key.

“To enable operational cost reductions, greater business flexibility, and the ability to choose whether to partner with or simply keep up with innovations coming from Fintech ‘cloud natives’, banks must explore migration of certain middle and back end systems to the cloud,” he explains.

“The next area of investment is how to digitise the credit rating and risk categorisation of asset products. This helps financial institutions manage the asset quality and move the bank to a more digital product. In addition, this helps with the implementation of Basel III compliance,” says Biswajit Jha, vice president and managing director, ASEAN at Diebold Nixdorf.

“The regulatory deluge continues,” says Abou-Haidar, managing director, APAC at Misys. “This gives rise to the regulatory technology (Regtech) revolution in which we are seeing more and more firms specifically coming to market with the aim of raising compliance and using tech as an enabler.”

“For banks, the investment opportunities lie in technology which helps with compliance, but which is also future-proofed to help the organisation transform to reduce costs,” he adds. 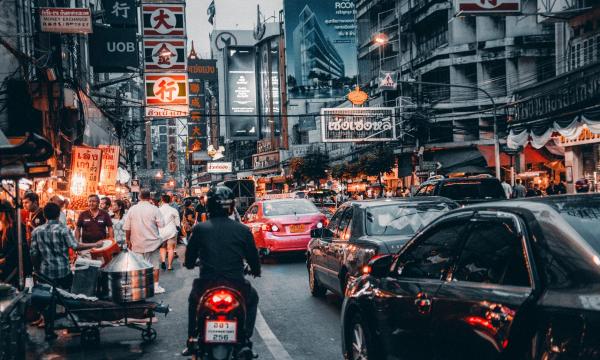