As per Reserve Bank of India, the Indian banking system has gross stressed assets of 11.5% of total assets, as of March 2016. Amongst the various categories of banks, the percentage for public sector banks is, as expected, highest at 14.5%.

Cleaning up banks' balance sheets is one of the top priorities for Ministry of Finance / Reserve Bank of India (together, "Government"), and a number of initiatives are being taken in this regard, one of the most important being the proposed Bankruptcy Law. A number of Asset Reconstruction Companies have been formed, some of them in association with well-known international partners. However, so far, the amount of assets which the ARCs have been able to acquire has been rather small, though it is hard to find publicly available conclusive data.

The US is probably the most advanced jurisdiction in terms of settlement and workout / rehabilitation of stressed companies. Indian Bankruptcy Law also derives a number of its features from its US equivalent. However, there are significant differences in the business environment between the two countries, and hence India will not be able to imitate the cut-and-dried approach of the US. In India, adoption of the Resolution / bankruptcy regime would require significant push from Government.

Some suggested measures by Goverment are discussed below:

Critical role of bank's Board of Directors: Sale of loans (and consequently, recognition of the difference between carrying value of loan and the actual realisation, as a loss) should be approved by the bank's Board (not by any external body, as has been suggested recently), which in the case of a PSU bank, always has a Government nominee.

Explicit approval from such nominee director and an Independent Director should be a condition for such an approval. This is to prevent a situation where the bank's management connives (or is alleged to have connived) to sell the loans at a price below their actual value, or without taking sufficient steps to maximise the bank's realisation.

Also, the management of the bank needs to demonstrate to its Board that it has taken all possible steps to recover the dues, and in terms of cost-benefit analysis, it would be preferable to sell the position to a third party rather than try and recover the dues through in-house mechanism. The Board needs to be convinced that the decision is the best for the bank from a commercial perspective, and from a 'Return on Effort' perspective.

Structured deals: ARCs or other buyers should work out structures wherein they share the upside, beyond a threshold, with the seller banks. Possible mechanisms could be in the form of a right of recompense, or a call option on equity, etc. This will be an important signal to Government and the banks' Boards that the banks can also gain from the rehabilitation or workout of the borrower. In all such cases, ARCs should provide regular updates to the seller banks so that the banks' Boards can see for themselves the increase in value of their "upside instrument".

Government entities in India have a typical L1 tender-type approach, i.e. awarding a contract to the highest bidder in an auction. Whilst this reduces chances of bias, it also disregards all the qualitative features of individual bids, including, most importantly, ability of winning bidder to deliver on his commitment. Problems with this approach have been appearing in sectors like power, roads, etc. It is essential that sale of NPAs by banks do not get into this loop.

Buyers should be able to offer structured deals – one example could be a mechanism wherein seller banks may get to share in the upside – it will be up to commercial judgment of banks to pick the structure where they hope to maximise their overall return in the long run, and with the highest level of certainty.

Personal motivation: A typical CMD of a public sector bank has a residual tenure of two to three years, before retirement, and has little motivation to clean up his bank's books by selling delinquent loans at a discount – especially when there is a possibility that law enforcement agencies may come after him after a few years on allegations of foul play (as has happened with some senior bureaucrats recently, in some cases long after they retired from service).

Government should clearly state that there would be no post facto review of such commercial decisions, provided all procedures were followed. Annual appraisal of a CMD's performance and injection of Government capital in the bank (if required) should be linked to performance parameters, one of which should be progress in reducing delinquent loans on the books.

Utilise banks' hidden reserves: Given the scale of NPA problem, some of the smaller public sector banks have a valid concern, regarding their capitalisation. Quick recognition (and sale) of such stressed loans could significantly dent their Capital Adequacy Ratios. Given their current share prices, raising additional equity is not possible. So the only solution is for Government to shore up their equity by additional infusions – however, there is a limit to this, given Government's own fiscal constraints.

One possibility could be to use the banks' hidden reserves in terms of their real estate assets. Most banks hold sizeable real estate in prime areas of the country, whose current value would be significantly higher than the amount appearing on the balance sheet. Government should nudge specially the weaker banks to monetise these assets over a period of time, either through outright sale or sale and lease back, or any other mechanism.

Through a circular in March 2016, RBI has allowed use of Revaluation Reserve (at a discount of 55%) as Tier 1 capital, instead of Tier 2 capital as per the earlier norms. Effort should now be to get the banks to actually monetise these real estate assets. Government can also allow banks to recognise losses on sale of loans, over a longer period of time. Some steps have already been taken in this regard.

Some of the suggested steps may appear cumbersome and bureaucratic; however, it is important in the early stages to be conservative, get the whole process in motion (albeit slowly), and build a positive public opinion. Government needs to monitor the process continuously, and if it gets an impression after a few quarters that the system is running well, it can relax some of these stipulations. 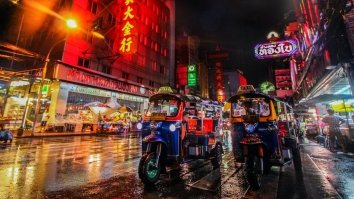 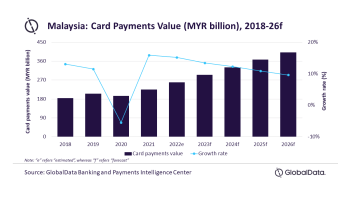 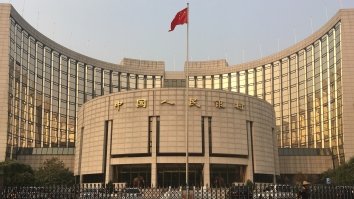 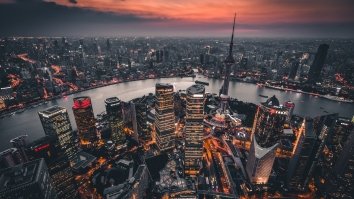 Thailand plays catch up with global green finance goals
Banks are calling for legislators to impose carbon tax and a common taxonomy of goals.
Investment Banking
Data is the bane and boon of addressing sustainable investment gap 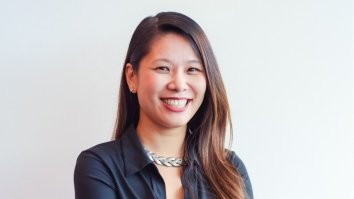 Data is the bane and boon of addressing sustainable investment gap
Wielding this tool the right way is key to pushing and meeting ESG goals, says Experian’s Sisca Margaretta.
Banking Technology
How Singapore banks are closing the gender gap 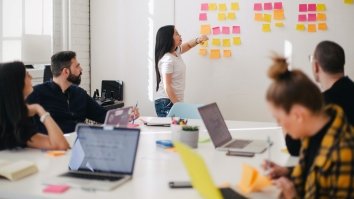 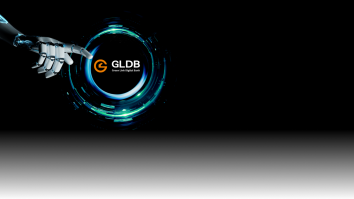 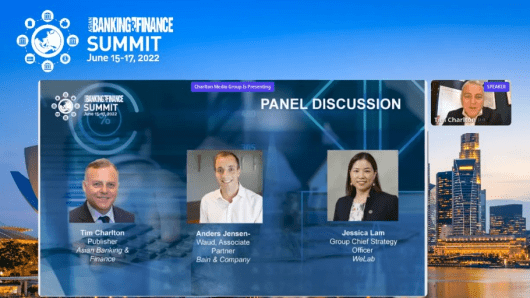 Co-Written / Partner
Customers increasingly seek a single app that can meet all their financial–and even non-financial–needs. 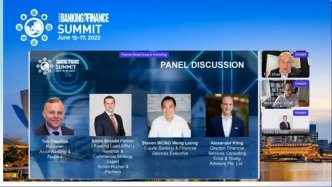 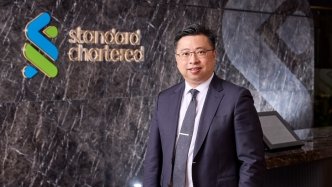 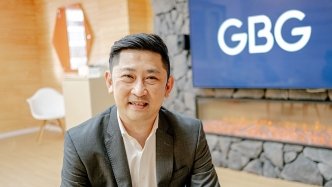 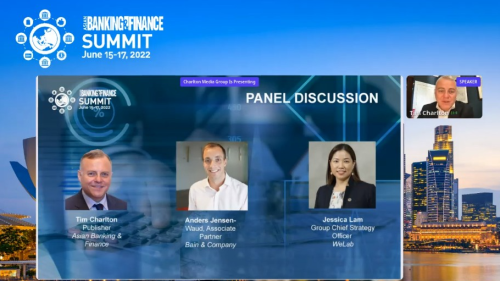 Co-Written / Partner Financial digital apps evolve to “3.0” phase as customers’ seek one-stop-shop
Customers increasingly seek a single app that can meet all their financial–and even non-financial–needs. 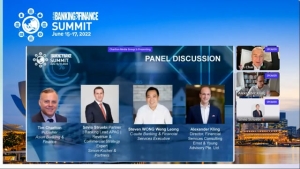 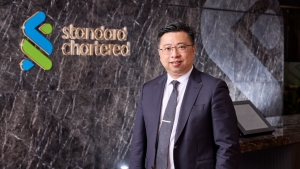 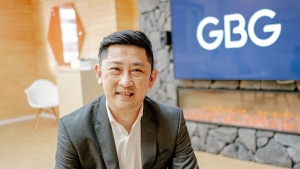 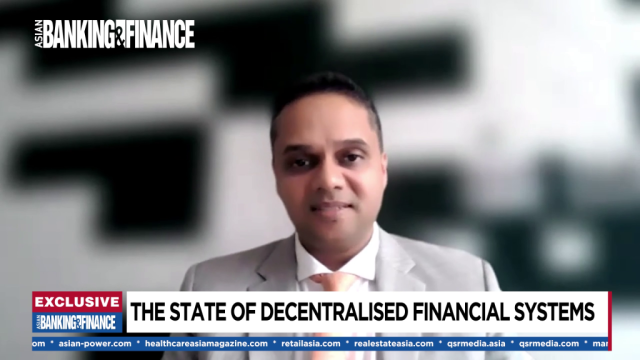 Co-Written / Partner
Customers increasingly seek a single app that can meet all their financial–and even non-financial–needs.

Co-Written / Partner Financial digital apps evolve to “3.0” phase as customers’ seek one-stop-shop
Customers increasingly seek a single app that can meet all their financial–and even non-financial–needs.