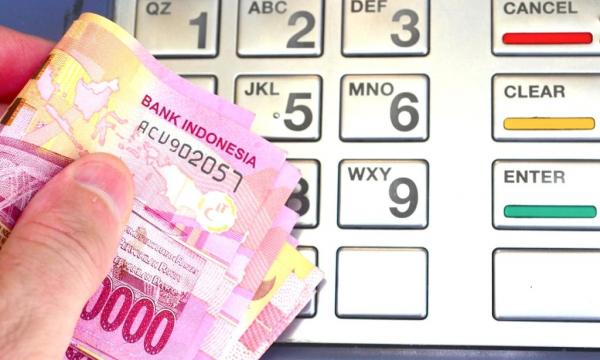 The Indonesian rupiah has plunged to a three-year low which might level strain on the banking system.

Indonesian banks may just be able to weather the downturn of currency depreciation, according to UOB Kay Hian, as they only hold a maximum of 15% of total loans denominated in foreign currencies.

Although previous stress tests have shown that a rupiah depreciation above Rp17,000/US$ level could level a certain amount of strain on the country’s banking system, banks remain sufficiently shielded although small banks face higher risks than the country’s larger lenders.

“The low amount of foreign currency assets and liabilities (<3%) leads to a lower probability of bank failure in the event of a severe rupiah depreciation,” said UOB analyst Alexander Margaronis, adding that hedging by corporations and banks could also mitigate risks from rupiah depreciation.

The rupiah plunged to its weakest level against the dollar last May 16 after trading at 14,102 per dollar, representing a three-year low. The local currencies of emerging markets took a heavy beating as the greenback strengthened to its highest level this year whilst yield on the ten-year US Treasury reached a seven-year high.

“In the short and medium term, currency pressures may persist in spite of strong economic fundamentals if oil prices and interest rates continue to rise and the dollar appreciates,” Margaronis added.

Higher benchmark rate may not necessarily lead to higher lending rates due to subdued loan growth in the past three years and interest income pressure since 2016. Thus, the only way to boost revenue is from higher loan growth which is what large banks are doing currently. Yet, if large banks charge higher lending rates, this could hurt their loan growth. In the past, due to high economic growth and loan demand, banks were opportunistic and raised rates. This time is different.

Larger banks have been reducing rates for all deposit types on the back of higher system liquidity. Rates for current, savings and time deposits have come down by 10bp, 20bp and 80bp in 2017 respectively, offsetting some NIM pressures. The squeeze in deposit market share for smaller banks by 100bp each in 2016-17 could make liquidity tighter for them, forcing them to compete and offer higher time-deposit rates. Hence, NIM could see further pressure since loan rates continue to fall due to subdued loan demand.

Among peers, BBNI has done the most to improve, with the highest gain in loan and deposit market share and operations. Its Achilles heel remains loans at risk (10%) despite NPL ratio coming down the most. BBCA remains the most defensive bank and investors who were overweight on the stock gained the most. BMRI still faces significant asset quality issues but has the potential to improve the most. It has the most attractive valuation now as valuation has come down to more rational levels.