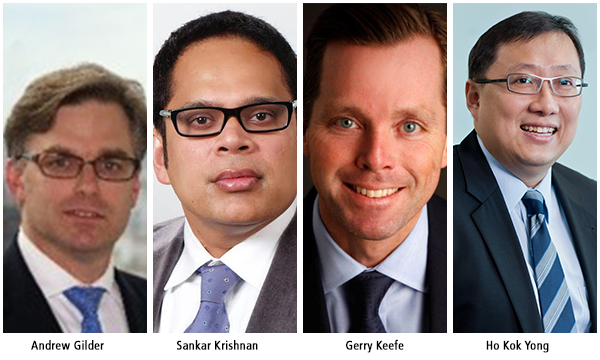 It rolled out Project Ubin, a collaboration exploring blockchain for settlement of payments and securities.

When Singapore overtook Japan in having the highest volume of forwards traded by financial institutions in Asia, tripling to $60b between 2013 and 2016 based on a KPMG survey, it further cemented Singapore’s status as a top global FX trading centre—and the country’s de facto central bank has been looking to further enhance its attractiveness to banks by leading the exploration of blockchain technology in the sector.

The Monetary Authority of Singapore and the Singapore Exchange had launched Project Ubin, a collaboration to develop delivery versus payment, or DvP, capabilities for settlement of tokenised assets across different blockchain platforms, and it has progressed in the past two years to a point where technology partners and participants are noting its potential game-changing impact.

Primarily, the initiative allows financial institutions and corporate investors to carry out simultaneous exchange and final settlement of tokenised digital currencies and securities assets, which improves operational efficiency and reduces settlement risks, said Ho Kok Yong, Southeast Asia financial services industry leader at Deloitte, which partnered with SGX and MAS on the initiative and lent their expertise in blockchain technologies together with its APAC Blockchain Lab.

“Using two different open source blockchain technologies to implement and design the distributed ledger technologies (DLT) prototype, we are able to mitigate counterparty risks in DvP and achieve DvP settlement finality with clearing members,” Ho said. “This will also enable transactions to be facilitated in a secure and transparent way, in turn strengthening investors’ experience and confidence.”

Ho noted that Project Ubin aimed to understand DLT’s potential in making financial transactions and processes more transparent, resilient, and at lower cost, and that the first two phases focussed on domestic interbank payment and settlement.

The project’s participating banks include Bank of America Merrill Lynch, Citi, Credit Suisse, DBS, HSBC, J.P. Morgan, Mitsubishi UFJ Financial Group, OCBC, Standard Chartered, and UOB. Under the system, participating banks use tokens issued by the central bank on an Ethereum-based DLT platform to conduct inter-bank transactions, with the third phase now looking to assess the technological feasibility and economic impact of using a tokenised version of the Singapore dollar.

“Why should we bother with this technology when we are perfectly OK with the existing centralised clearing house?” said Sopnendu Mohanty, chief fintech officer of the MAS. “For us, the biggest killer app is the third part of the project: using DLT for cross-border payments.”

Whilst it takes two to three days to transfer money from one country to another because of the necessary checks to prevent money laundering and other potential fraud schemes, Mohanty reckoned that the next phase of Project Ubin will investigate whether overseas transfers can be settled instantly and at a fraction of the cost through the use of trusted distributed node. Such a possibility is being explored by MAS in partnership with the Canadian central bank, which already has a similar DLT platform in place.

“If we can solve the problem of cross-border payments, as well as the issues of identity and document authentication, then we can apply DLT to the whole value chain of trade and finance, and that’s where the commercial benefit will come in,” he said.

Electronic foreign exchange
The MAS has also partnered with UBS to launch an electronic foreign exchange, or eFX, engine in Singapore by the second quarter of 2019, which it expects to bolster transparency and efficiency in the FX market. The two worked together to develop the eFX pricing and trading engine, in line with the central bank’s push to enhance the eFX trading infrastructure in the Lion City, the world’s third-largest FX centre and the biggest in the Asia-Pacific region.

“The engine will provide our clients with greater liquidity and increased efficiency in the foreign exchange markets. Our collaboration with the MAS reaffirms Singapore’s importance as a global FX centre and reflects the growth of opportunities in Asia,” said Anthony Hall, head of foreign exchange, rates and credit (FRC) in Asia Pacific at UBS. The bank is reportedly the first global bank to launch such an eFX engine and expects the initiative to further bolster growth prospects in the Asia-Pacific region.

As the MAS and other Asian central banks such as the Hong Kong Monetary Authority and the Reserve Bank of India usher in digital initiatives to make the industry more competitive, Asian banks are seeing “dramatic opportunities” from growth in technology, said Sankar Krishnan, executive vice president, banking and capital markets at Capgemini. He noted that the top three banks in both China and India, which are digitally savvier compared with their global counterparts, are posting record revenues.

For example, China’s biggest bank, the Industrial and Commercial Bank of China (ICBC), has signaled plans to develop blockchain projects as it seeks to be a pioneer in smart banking and boost efficiency in transactions. In April, ICBC revealed it had filed a patent application with the State Intellectual Property Office related to authenticating digital certificates, which are matched with credentials before storing data securely onto the blockchain.

“Traditionally users have to obtain a certificate from an authority that issues it, which does that manually. And then they present it to entities that require the certificate. This process is inefficient and poses the counterfeit issue,” according to the bank’s patent filing. ICBC Chairman Yi Huiman also reportedly said that ICBC would focus on blockchain as well as in cloud computing, big data, artificial intelligence and Internet of Things.

Citi has been investing more resources to provide services to key trade corridors in Asia-Pacific, increasing the number of its Asia desks in the past two years to 21 as well as expanding headcount. The bank now has 11 China desks, nine Korea desks, and an India desk in New York.

These desks offer FX hedging as part of their suite of services, together with trade finance, corporate loans, and capital markets financing. Citi noted that revenues linked to intra-Asian trade are up over 30% year-todate in the region.

“These desks and their continued expansion clearly depict where we see trade flows moving,” said Gerry Keefe, head of corporate banking, Asia Pacific at Citi, adding that Citi’s growth has mainly come through a series of key trade corridors in the Asia Pacific region, namely Korea to ASEAN, Korea to China, Korea to India, Japan to ASEAN, Japan to China and China to ASEAN. He further noted that Asia is capturing a greater share of global trade and U.S. companies will increasingly target Asia for  growth.