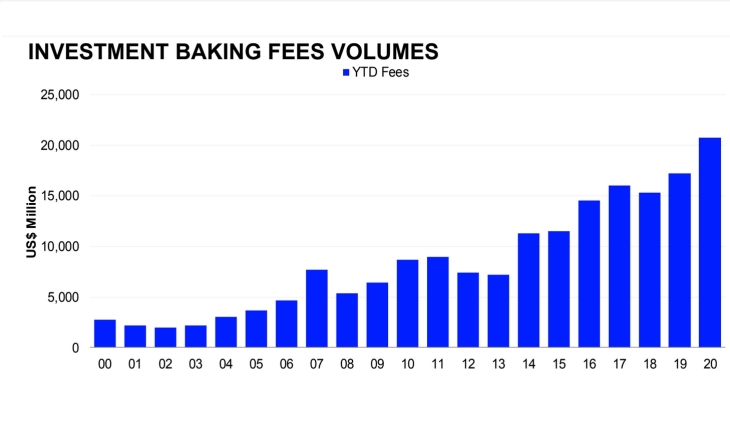 Investment banking fees in Asia Pacific excluding Japan for the first nine months of 2020 hit a record-high for the period measured, as deal values in the equity capital markets (ECM) and debt capital markets (DCM) rebounded in the third quarter.

Total investment banking fees reached an estimated $20.7b in the first nine months of the year, 20.6% YoY higher compared to 9M 2019, according to a report by Refinitiv.

Fees generated from completed M&A transactions fell to a six-year low and totaled $2b, down 11% compared to the first nine months of 2019. Completed M&A advisory fees accounted for 10% of the fee pool.

Syndicated loan fees also declined 21.7% from a year ago to total $2b, representing 9% of the region’s investment banking fees.

Amongst firms, CITIC took the top position for overall investment banking fees in APAC excluding Japan in the first nine months of the year, capturing 5.2% of the wallet share.