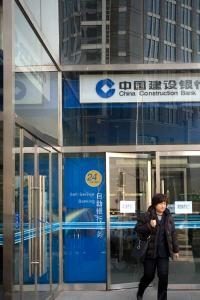 Desperate times call for desperate measures and times couldn’t be more desperate than they are now in the Chinese banking sector with economic growth grinding to a halt and domestic loan growth draining bank capital at an alarming rate, according to Bloomberg. China Construction Bank for example plans to sell USD5.9 billion in subordinated bonds. So why is CCB flogging such a big chunk of its bonds? The bank’s president, Zhang Jianguo is selling the bonds in order to stock up on capital and strengthen CCB’s risk-management capabilities. A CCB spokesperson said that the banking giant “would sell USD2.1 billion of 10-year bonds and USD2.1 billion of 15 year bonds on China’s interbank market.” But isn’t the bank jumping the gun? Not so according to the Chinese government which is urging the country’s lenders to bolster their capital adequacy ratios to 12 percent in 2009 thus guarding against credit risks as the global recession goes into overdrive, according to Bloomberg. Minzu Securities analyst, Zhang Jing said that “Chinese banks need to replenish capital after a spell of record-breaking loan growth in recent months.” However CCB isn’t the only bank selling bonds with the Bank of Communications set to sell USD11.7 billion in bonds over the next three years and ICBC looking to sell USD14.6 billion in bonds, according to Bloomberg. So how will CCB, the Bank of Communications and ICBC benefit from the capital injection? The country’s banks which require USD146 billion funding surplus according to UBS, are selling bonds to benefit from the lower interest rates in preparation for the “rainy days to come as the surge in lending is bound to drain their capacity quickly,” said BOC analyst Yuan Lin. So who will purchase the bonds you might ask? Members of the interbank market which includes institutional investors and banks such as HSBC and StanChart seem to be the only ones that can buy at the moment. Banks just so happen to use subordinated debt on the interbank market to bolster Tier 1 and upper and lower Tier 2 capital, according to Bloomberg. So can the central bank lift China’s banking sector out of the doldrums? The central bank seems to be pulling out all stops to save its precious banks and it shows in the amount of times it has slashed its lending rate. The benchmark lending rate was slashed by the central bank up to five times by a total of 2.16 percent since September 2008, according to Bloomberg. It seems only time will tell if the capital raising and lower lending rates is enough to save China’s banks.