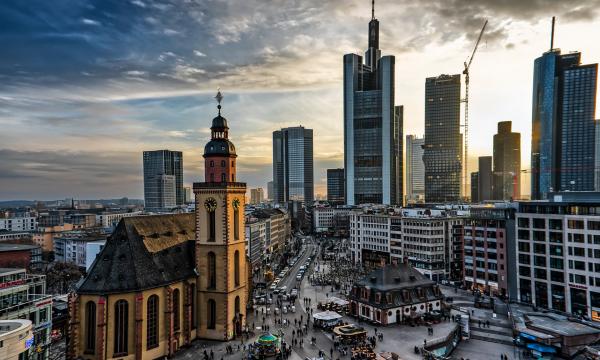 And Spain's BBVA sells US business to PNC Financial Services for $11.6b.

The full extent of the pandemic’s impact on European banks won’t fully manifest until 2021, according to a senior European banking official, and there may be one or two casualties in the sector.

However, König highlighted that some government support implemented at the start of the crisis was starting to expire, and as such, further damage to Europe’s banking sector could become apparent later in 2021.

The Bank of England is looking at whether it could introduce a graduated system of “strong and simple” capital rules for smaller lenders and building societies, deputy governor Sam Woods said.

Britain’s departure from the European Union gives regulators an opportunity to better tailor rules to UK financial firms, though it would be “mad” for this to translate into weaker standards, Woods added.

Britain would also move to a more “hybrid” style of regulating banks, using a mix of principles and supervisory statements rather than continuing with the EU approach of having detailed rules enshrined in law, he said.

Spain's BBVA will sell its US business to PNC Financial Services Group for $11.6b in cash in one of the biggest global bank deals this year.

The sale will further consolidate the US banking sector and prompted speculation BBVA could use the cash to buy up a rival bank in its domestic market.

PNC and BBVA had been in talks about a deal for the last few weeks, and decided to press on after the US elections because they believe the regulatory environment will not change with Democrat Joe Biden as president and the Republicans likely controlling the Senate, sources familiar with the matter said.