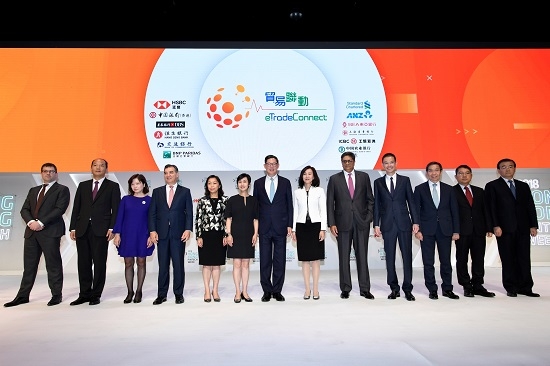 eTradeConnect will digitise the paper-intensive process.

The platform automates the traditionally paper-intensive industry by digitising trade documents through distributed ledger technology and allowing the real time sharing of documents amongst participants to make transactions more transparent and reduce the risk of fraud and duplicate financing.

Also read: Asia is at the centre of the global trade finance boom

“It is a remarkable moment to witness the birth of the first blockchain-based trade finance platform built by key industry players in Hong Kong. It demonstrates the willingness of the financial industry to adopt new technology in the new era of smart banking,” Howard Lee, Deputy Chief Executive of the HKMA, said in a statement.

The launch of eTradeConnect is part of Hong Kong’s Smart Banking agenda which includes the launch of a real-time fund transfer system, authorisation of virtual banks and open API guidelines.

Also read: Are Hong Kong lenders under threat as virtual banks zero in on their market?

The de-facto central bank was also able to successfully ink a memorandum of understanding between the operators of eTradeConnect and European-based we.trade to conduct a proof-of-concept on connecting the two platforms to facilitate cross-border trades.

“The connection between eTradeConnect and we.trade platform paves the way for the digitalisation of cross-border trades in the Asia and Europe trade corridor, and will serve as a good reference for the future connection of eTradeConnect to other trade finance platforms,” added Chan.