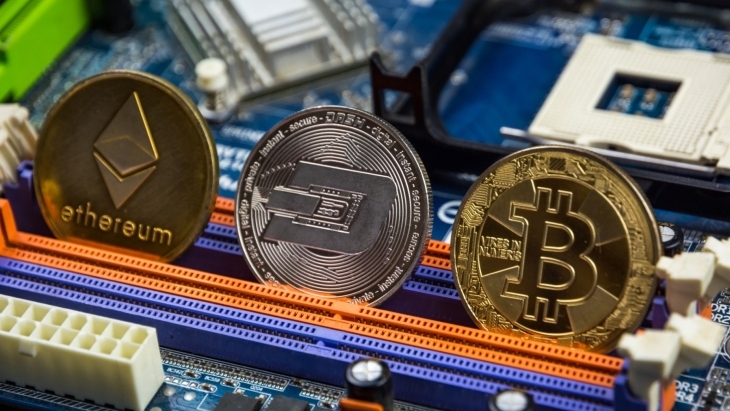 Chinese officials’ crackdown on crypto mining and trading, which first began in May 2021, has already negatively impacted the local crypto industry. (Photo courtesy of Bermix Studios)

What’s in store for the decentralised crypto industry with China’s growing antagonism?

China's stance may be concerning today, but won't affect the global industry in the long run.

Chinese authorities seemed intent on razing the country’s cryptocurrency mining activities, recently adding the mining of bitcoin and other digital tokens to a proposed blacklist of industrial activities that they insist must be abandoned. This is supposedly part of the country’s 2026 carbon neutrality push.

This stance deals a massive blow to the global crypto mining industry, where the Red Dragon is a leading market. At times, China-based mining operations reportedly controlled as much as 65% of Bitcoin’s global hash rate, according to data from the University of Cambridge’s Bitcoin Electricity Consumption Index.

Even before the blacklist suggestion, Chinese officials’ crackdown on crypto mining and trading, which first began in May 2021, has already negatively impacted the local crypto industry.

“Crypto trading decreased alongside these crackdowns and the mining ban,” said Ulisse Dell’Orto, APAC Managing Director of blockchain platform Chainalysis. “Specifically, major exchanges halted derivatives trading. We hypothesise that much of this activity has migrated to [decentralised finance], but that hasn’t picked up enough that it makes up for the losses in the derivatives market yet.”

It is also negatively impacting the global cryptocurrency industry. China is one of the industry’s biggest players, with addresses estimated to be controlled by users in the country, having received over $150m worth of cryptocurrency as of January 2021, second to the United States, according to a report by Chainalysis.

Its effect on the global space, however, is not expected to broach beyond the near term, said Don Guo, co-founder and CEO of Singapore’s Broctagon Fintech Group, a multi-asset liquidity and technology solutions provider. “[For] now the crackdown might seem concerning. But the reality is that it won’t affect the global cryptocurrency pricing and industry in the long run. The utility and ownership of bitcoin have become broader over time,” he said.

Noting that the country banned ICOs or initial coin offerings in the past, Guo is not surprised by China’s antagonistic stance against cryptocurrency. For years, China has signaled that it wanted to ban bitcoin.

But whilst the global crypto market may be assured that things would soon go back to normal, in China, the crypto mining and trading industry has no escape—with the ban expected to push 90% of mining in the country to go offline, Guo said.

Do not expect crypto trading and mining businesses to just fade quietly; they might just set up shop elsewhere, turning their sights from the Red Dragon to the Merlion.

“In Singapore, a conducive framework for the industry has definitely attracted many renowned international blockchain and crypto firms,” noted Yushio Liu, CEO of Coinhako, a Singapore-based cryptocurrency platform.

Apart from Singapore, many countries have yet to take a regulatory stance on the crypto industry, and these will be of interest to impacted businesses, Liu said.

Liu also argued that the ban in China may not be the final nail in the coffin for cryptocurrencies in the country. There is a chance that China could pivot towards ESG-friendly cryptocurrency mining instead.

The CBDC dilemma
Around the same time that China began cracking down on global decentralised cryptocurrencies like Bitcoin, the country began the initial phases of rolling out its central bank digital currency (CBDC). CBDCs differ from cryptocurrencies, like Bitcoin, because they are designed to operate outside of the control of any one government or organisation, according to Chainalysis’ Dell’Orto.

So are they a rainbow or a dark cloud hanging on the crypto industry’s horizon? Neither, according to industry experts.

“In general, we do not see CBDCs challenging existing cryptocurrencies like Bitcoin and stablecoins. They can exist side by side and are not necessarily competitive,” Dell’Orto said.

Both also have their own set of advantages: CBDCs in their tie to local currencies, and Bitcoin and other decentralised cryptocurrencies in that they are not controlled by one single entity, according to Coinhako’s Liu.

CBDCs can then be used to transact using digital versions of their country’s fiat currency, with no need to do conversions or the possibility of misunderstanding the value of their wallet. On the other hand, as decentralised cryptocurrencies are not controlled by a government or one organisation, many people can treat it as a store of value and hedge against inflation, Coinhako’s Liu said.

In fact, the roll-out of CBDCs may even bring a positive impact to the cryptocurrency industry.

“One thing that is certain—CBDCs, being digital legal tender, will speed up the awareness of digital payments. This, in turn, can raise awareness of cryptocurrencies, since the general public will likely equivocate between the two,” Guo said, noting that cryptocurrency trading is currently still small as compared to other commodities and trade-able products. “Introduction of CBDCs will push digital currency adoption into mainstream making it easier for citizens to transact.”

As for the future of CBDC roll-out, Coinhako’s Liu said that governments may opt to issue CBDCs directly to citizens with the assistance of AI over middlemen organisations like banks.