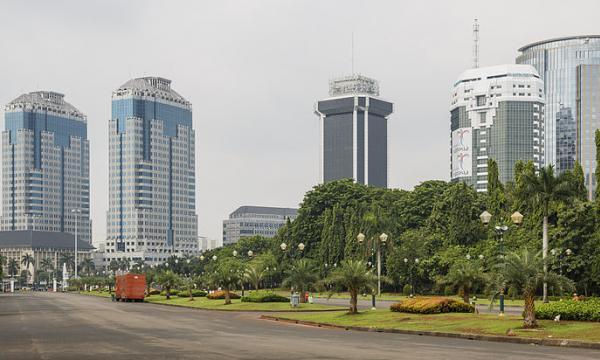 The severe level of rupiah depreciation is unlikely to deal a significant blow to Indonesia’s Big 4 banks, according to UOB Kay Hian, as asset quality risks are not prominent given their low dollar balance sheets.

“Yet forex loans disbursed are mostly to companies that receive foreign-currency revenue. On the liability side, there is no significant challenge for banks given their limited foreign-currency refinancing needs. Previously, in a simple exercise, we indicated that the rupiah needs to exceed Rp17,000/US$ for banks to start feeling the pinch,” UOB analyst Alexander Margaronis said in report.

Non-performing loan ratios also need to more than double from 2-3% in 2018 to 6-10% in 2019 to completely erode the profits the Big 4 which is a scenario that is unlikely to pan out as banks have weathered a similar and arguably worse bad loan crunch in 2013-2015.

“Practically, the situation is better due to simple assumptions of no write-off, restructuring and many others. In this scenario, we assume the Big 4 banks break even compared to positive earnings for 2018, solely on rising NPLs and provisions,” added Margaronis.

The Financial Service Authority has also conducted stress test scenario for 20 banks which hold three fourths of industry assets with a rupiah depreciation scenario of up to RP26,000/US$. Such situation would mean that surging inflation levels will wipe out company profits and consumer purchasing power, raise risk-free rate and borrowing costs and slash companies’ debt repayment ability.

“CAR falls as the value of foreign-currency risk-weighted assets (RWA) should grow when converted to the rupiah. More importantly, during an economic crisis, moral hazard increases by multiple-fold as companies and consumers do not pay off their loan principal or interest regularly until there is restructuring or the crisis is resolved. At such rupiah depreciation level, NPLs will rise more,” explained Margaronis.

However, the strength of banks and capital adequacy ratios are likely to hold firm and overcome even extreme scenarios as they did in the past. “The 2013-15 period was far worse for the banking sector as the sector faced an explosive mix of problems altogether,” noted Margaronis. “Nevertheless, the banking sector survived relatively unscathed and grew stronger whilst valuations recovered.”