Goldman Sachs is reportedly in the midst of a hiring spree in China and Hong Kong during the first four months of 2021 as part of its bid to break through in the world’s second-largest economy, reports Bloomberg.

The bank is in the process of hiring 320 staff, including 70 for its investment banking arm, said a source familiar with the matter, who asked not be identified.

It is planning to add another 100 employees throughout the rest of the year, with many filling newly created roles, the person added.
Goldman and its rivals are vying for talent as China opens its $54t financial market fully to foreign brokerages and asset managers.

The five-year plan presented to the board in late 2019 envisioned doubling Goldman’s workforce to 600 in China, and expanding in advisory, securities and wealth management.

A media representative in Hong Kong declined to comment on the hires. 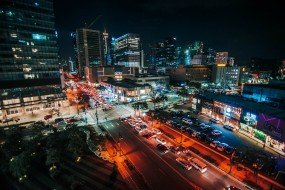