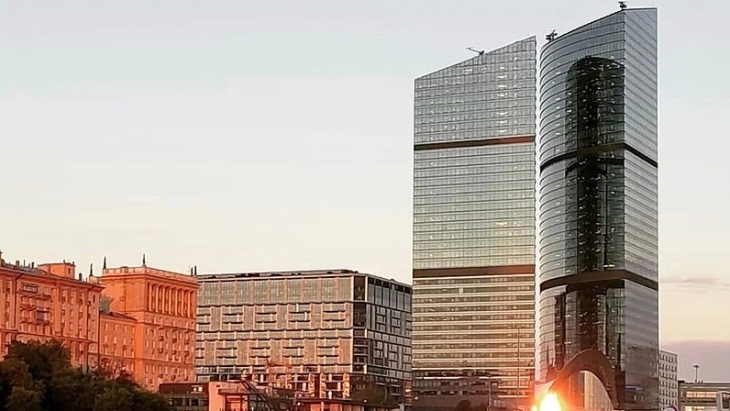 And global financial conditions are expected to tighten further over the coming years.

From Reuters:
Citigroup unit Citi Commercial Bank (CCB) plans to hire 900 staffers, including 400 commercial bankers, over the next three years.

The bank, which currently operates in 60 countries and focuses on lending to mid-sized companies, said a bulk of the hires are expected to be in areas where it sees an increase in business activity, particularly the US, China, Brazil, India, and countries in Western Europe.

From Bloomberg:
Sberbank said it’s looking at the possibility of issuing cards using the Russian payments system Mir and China’s UnionPay after Visa and Mastercard suspended operations following the invasion of Ukraine.

The move could allow Russians to make some payments overseas, with UnionPay operating in 180 countries and regions. Visa and Mastercard said that any transactions initiated with their cards issued in Russia will no longer work outside the country from March 10.

From Reuters:
Global financial conditions, perceived as strongly correlated with future growth, are at the tightest in two years, driven by soaring energy prices, sliding stocks, and the market fallout from the Ukraine-Russia conflict.

Financial conditions are the umbrella phrase for how metrics such as exchange rates, equity swings and borrowing costs affect the availability of funding in the economy.

How loose or tight conditions are will dictate spending, saving and investment plans of businesses and households.

If these drive inflation steadily higher, and "if the central banks take their mandates seriously, you will see a further (tightening) in financial conditions," said Rene Albrecht, strategist at DZ Bank.

"Economic dynamics will slow down further, inflation will be high nonetheless and you will see second-round effects and then you get a stagflation scenario," he added.