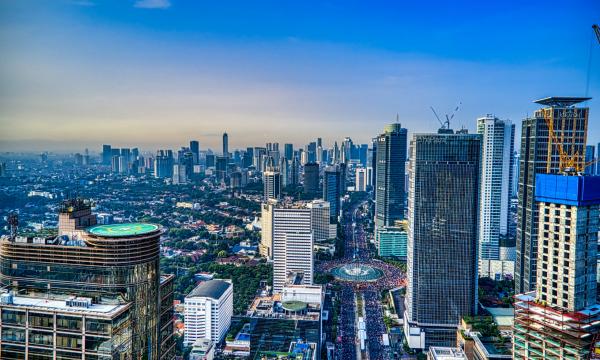 But they are unlikely to pose a challenge as newcomers and incumbents target different clients.

Whilst fintech firms’ latest acquisitions underscore their potential to shake up the competitive landscape for banking in ASEAN, the new entrants are unlikely to pose a material challenge to the biggest banks in the near term as they have a different target market than incumbents, according to Fitch Ratings.

These moves underscore the ambition of tech firms to deepen their involvement in the provision of financial services, noted Fitch.

Aspiring tech entrants can use leveraging data analytics on their customer bases across their regional operations, no longer having to rely with operating physical branches. This may pressure incumbent banks' profitability over the medium term, with smaller banks and those that have sub-par digital offerings at greater risk of losing out.

However, the impact is likely to be manageable in the near term, as their target market will be different, notes Fitch.

“We believe that these new entrants will first target niche segments of the market, such as more tech-savvy, younger demographics or the underbanked, where yields are often higher and competition is still developing,” Fitch noted.

Some established banks have also invested heavily in their IT infrastructure in recent years, with the pandemic providing added incentive for incumbents to accelerate their digitalisation, potentially closing off openings for some new entrants, the report added.

The recent acquisitions made by fintech firms also serves to help smooth the path for these firms that offer financial services in Indonesia. Indonesia have notedly moved more slowly than some other ASEAN governments in developing the “virtual banking” licence guidelines, Fitch said in a media note.

For example, Sea will still need approval from the Indonesian financial service regulator OJK to acquire BKE wholly due to limits on foreign ownership. Approval from OJK, if granted, may come with conditions attached.

In a previous report, the ratings agency has named Indonesia alongside the Philippines as the two countries with the largest market potential amongst ASEAN’s six major economies, owing to their large unbanked populations and low levels of household leverage.

However, there remains a risk that aspiring virtual lenders may misprice credit risks when targeting the unbanked, notwithstanding their potentially more advanced data analytics capabilities.

Overall, it remains unclear which companies will ultimately be able to realise benefits from the growing nexus between technology firms and banks.

The growth of fintech in ASEAN is also prompting closer regulatory scrutiny.

“In markets where digital bank licensing frameworks are already available, regulators have generally opted to introduce viability requirements for new digital banks, designed to minimise the risks to financial stability presented by the growth of new services and market entrants,” the report noted.

“This will add to execution risks around technology firms’ strategies for expanding into financial services, a sector that generally has high regulatory bars and compliance requirements.”

Tech firms that are likely to provide more formidable competition for incumbent banks over the longer term include those that have established platforms and user bases or are backed by deep-pocketed corporates.

“These are more likely to be able to sustain the heavy financial investment necessary to attain scale, maintain cost competitiveness and survive the initial loss-making stages of a start-up,” Fitch concluded.