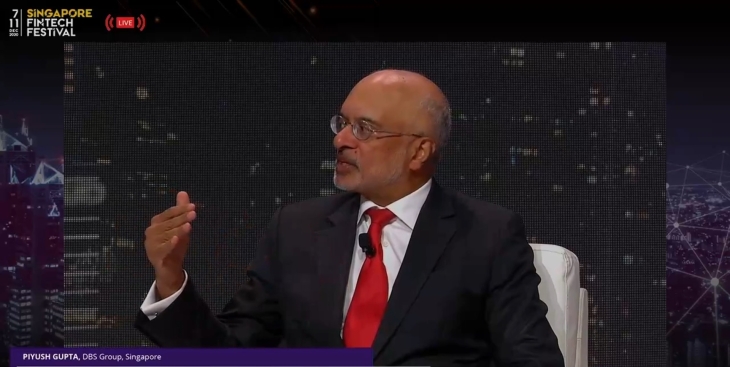 His cash bonus dropped by 27% amidst cutbacks in the bank.

The lower bonus reflects the difficult operating environment, general cutbacks adopted across the bank and the bank's profits dropping by 26% for the full year, DBS stated in the report.

In his reflection at the annual report, Gupta called 2020 an “inflexion point” as he discussed the increase in consumption of digital goods, the transformation of work habits and the growth of interest for the sustainability agenda.

Gupta said that whilst the bank is prepared to face asset quality risks thanks to expected recovery of economies globally, low interest rates will likely pose as a challenge for the foreseeable future.

“Low interest rates pose a more prolonged challenge as they are expected to remain for the foreseeable future, resulting in an eventual reduction in our interest income by S$2.5b-S$3b,” Gupta noted. In 2020, the interest rate impact on DBS’ commercial book was almost S$1.8b, which means there is another billion dollars to take, he added

He said that the bank was able to recoup almost all losses from interest rate shortfall in 2020 from a rise in business volumes, with both loans and deposits growing strongly.

“In particular, there has been strong momentum in wealth management. While low interest rates have played a role, we have been using our digitalisation capabilities and the advent of open banking to expand our reach to lower market segments with robot-assisted portfolios, regular savings plans and budgeting tools,” he added.

DBS’ CEO also noted the merge of Lakshmi Vilas Bank with DBS’ Indian subsidiary, which adds 600 branches and 1,000 ATMs to the bank’s presence in India.