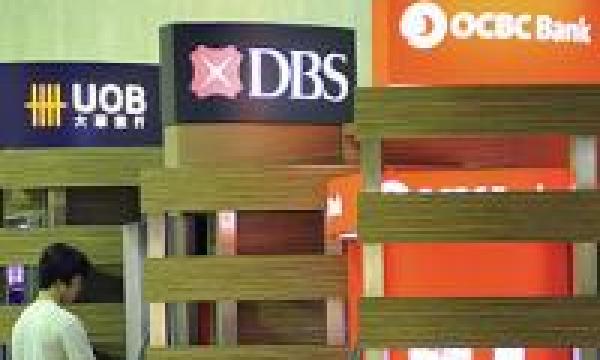 According to Moody's Investors Service, the outlook for Singapore's banking system remains stable for the next 12-18 months, although the banks are expected to face some headwinds arising from the banks' rapid expansion in size and geographic scope in recent years, altering -- in the process -- their credit profiles and increasing their exposures to external risks.

"We expect a good overall performance by the banking sector even though the banks' financial metrics are anticipated to mildly deteriorate from the current cyclical peak against the backdrop of declining economic growth in Singapore and the region," says Beatrice Woo, a Moody's Vice President and Senior Credit Officer.

"The Singapore banks' fundamental creditworthiness continues to rank among the strongest globally, thanks to solid capitalization, strong liquidity and overall steady, predictable business and credit profiles," says Woo, who was speaking on the release of Moody's annual "Banking System Outlook - Singapore."

Moody's rates the three major banks in Singapore -- DBS Bank, OCBC Bank and UOB Bank -- and the Bank of Singapore which is the wholly owned private banking subsidiary of OCBC. The new report -- which is authored by Woo -- focuses on the three majors which collectively account for 60% of system assets.

"The three domestic banking groups' dominant commercial banking operations in Singapore are complemented by the diversification brought about by their increasing presence throughout Asia. Their regional expansion does have risks, which we have stress tested in our analysis," says Woo. "These considerations are particularly important, given the sensitivity of the banks' high ratings to incremental increases in relative riskiness."

Overall, the stable outlook reflects Moody's conclusion that the asset quality risks arising from the Singapore banks' particular exposures can be managed with comparative ease, given their relative conservatism in terms of the business lines and asset classes that they pursue and their superior capital and liquidity buffers.

The report further says that even after considering the approach of Basel III, Singaporean banks will continue to maintain a capital "premium"
over global banks, in large part due to the regulations of the Monetary Authority of Singapore (MAS), which is requiring the banks to maintain higher and better capital sooner than the Basel Committee's suggested timetable.

Furthermore, in the current risk-averse climate, the banks enjoy deposit and investment inflows from a broad range of customers due to their strong balance sheets and Singapore's stability, which results in a steadier and cheaper funding base than most other banks globally, in both domestic and foreign currencies.

These factors underpin the banks' high ratings and provide them with the competitive advantage to build market shares when other banks have to cut back.

Each major bank has a standalone credit assessment of B/aa3 and long-term bank deposit rating of Aa1. All the banks' ratings carry stable outlooks except for DBS Bank whose ratings have had a negative outlook since 23 August 2012.

With the operating environment, Moody's assumes growth of 2.5% for Singapore's economy in 2012 and 3.5% in 2013. Domestically, a potential threat to asset quality is the residential property market even though the authorities have taken steps since 2009 to cool price appreciation, with some degree of success.

On the issue of systemic support, Moody's assumes it as high in view of the size and importance of the banks to the domestic economy, and the significant capacity of the Singapore government to provide assistance, if needed. The country's regulators have recognized the banks' systemic importance by categorizing them as domestic SIFI under the Basel III capital framework. Finally, the country's desire to develop as a financial center provides additional incentive to preserve its reputation by extending systemic support.