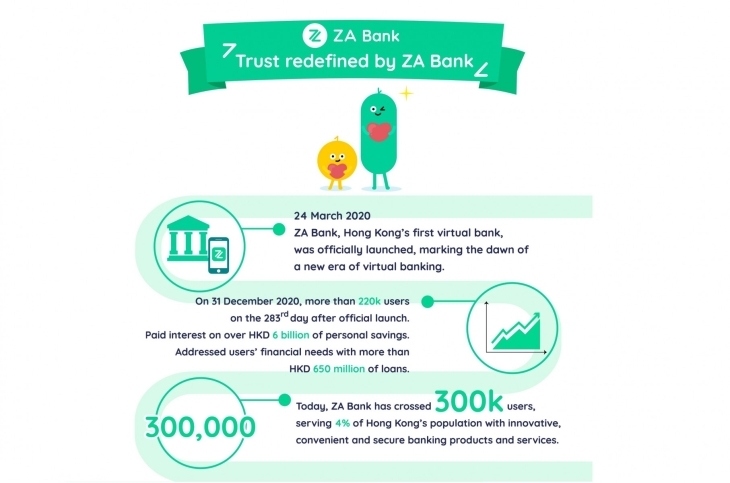 ZA Bank has surpassed over 300,000 users in its platform, equal to 4% of Hong Kong’s population, the bank announced.

The bank has also shelled out HK$650m in loans, and has paid interest of over HK$6b for personal savings.

ZA Bank is celebrating its first anniversary on 24 March. In the span of a year, the bank has undergone 25 updates and rolled out three new functions per month on average.

The bank also shared that it took only two minutes and three seconds on average to open a new account, thanks to its propriety eKYC technology.

Card users have reportedly also received a total of HK$6.5m in rebates, which ZA Bank said is equivalent to 250,000 double cheeseburgers.