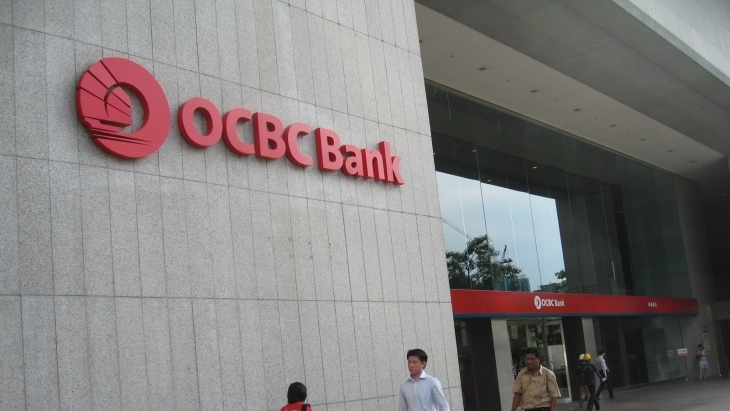 Oversea-Chinese Banking Corporation can pop open the champagne after recording a third quarter (Q3) net profit of S$1.22b, 19% higher than the S$1.03b net profit recorded in Q3 2020, and a 5% jump than S$1.16b for the second quarter of this year.

This was partly thanks to lower allowances amidst improving credit outlook, according to OCBC.

Non-interest income was 2% lower, driven by trade income plunging 67% to S$83m, compared to S$255b in Q3 2020. The fall in net trading income was largely attributed to unrealised market-to-market losses in the bank’s Great Eastern Holdings’ investment portfolio. The customer flow treasury income of S$164m was also slightly lower than the S$173m recorded a year earlier.

Growth in net fees and commissions, and profit from the bank’s life insurance business, offset the fall.

Group CEO Helen Wong noted that their Q3 results were “resilient”, especially in the face of challenging conditions associated with the Delta virus variant.

“This quarter, the momentum across our banking, wealth management and insurance business has continued to grow, as reflected by loan, net new money, fee and insurance sales growth,” Wong said. “Asset quality is stabilising as the economic situation improves and we remain committed to supporting our customers to tide over this difficult period.”

Net fees and commissions jumped 14% to S$569m, driven by broad-based fee growth associated with the rise in customer transactions and business activities, according to OCBC.

Most notably the group’s wealth management income – which comprises income from insurance, premier and private banking, asset management and stockbroking – came at S$897m and made up 35% of OCBC’s income during the quarter.

As at 30 September, Bank of Singapore’s assets under management (AUM) has expanded 6% from a year ago to US$123b (S$167b), driven by continued inflows of net new money and positive market valuations, the bank said.

The group’s profit from life insurance, meanwhile, rose 22% to S$262b.

OCBC’s operating expenses rose 8% in Q3 compared to a year earlier, largely attributed to a rise in headcount to support business growth, compensation associated with increased business volumes, as well as lower government job support grants as compared to a year ago.

For the first nine months of the year, OCBC’s net profit has grown 58% to S$3.88b compared to the same period in 2020. This was thanks to the build-up in business momentum, in line with the continued improvement in the economic outlook, the bank said.