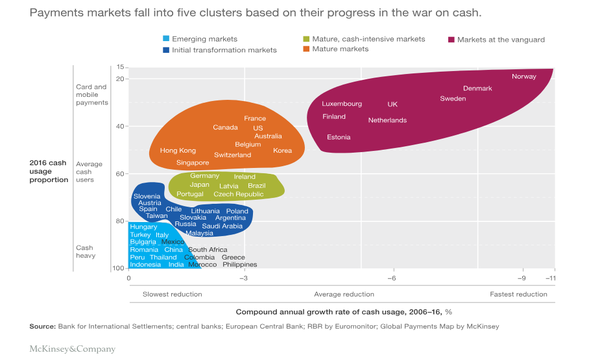 Chart of the Week: Which country dominated Asia's cashless charge?

Mature economies like Hong Kong, Singapore, and Korea are leading the way.

Although the West leads the global movement against cash with cash usage in Sweden, Finland, the UK, Netherlands, Canada, France, and the US falling well below 50% of total transaction volume, a number of countries from Asia have been stepping up to the cashless challenge including the mature markets of Hong Kong, Singapore, Korea and Australia in 2016, according to a report by McKinsey.

The three countries fall in the category where cash has fallen to around 40-60% of total transaction volumes amidst intensified policy efforts to clamp down on cash usage.

Singapore, for instance, is encouraging businesses to go cashless with the launch of P2P fund transfer service PayNow Corporate as part of its national digital blueprint. On its part, Australian consumers are opting for cards for their daily payment requirements with card usage soaring to a rate of almost 23 million transactions per day.

Despite the maturity of its economy, Japan falls along with Germany, Ireland, Brazil, Portugal, and Czech Republic who remain reliant on cash although the government has sped up the shift towards cashless in line with hosting the upcoming Olympics in 2020.

Taiwan and Malaysia fall into the intial transformation market where the trend in digital payment alternatives suggest that these countries may join mature markets in a few years' time.

Most Asian countries including Thailand, Indonesia, India, and the Philippines, however, fall in emerging markets category where the annual rate of decline of cash is less than 1%. 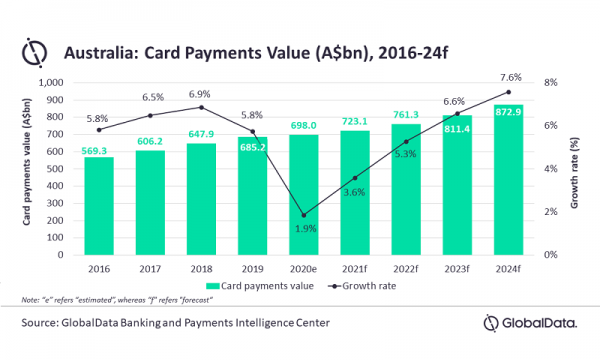