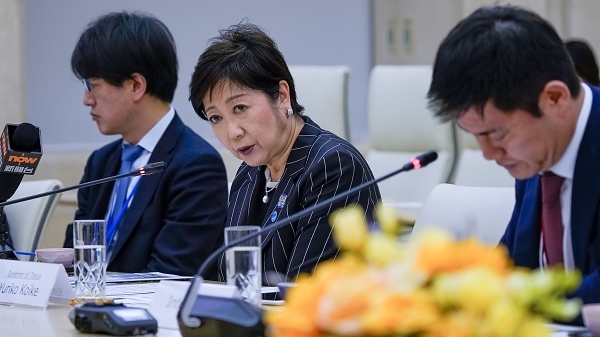 Tokyo is banking on foreign fintechs to reinvigorate its financial sector

The country’s banks have been beset with profitability issues given the low interest rate environment, with the short-term interest rate currently at -0.1% as of November 2019. Further adding to the pressure is the tight competition amongst dozens of regional and foreign banks present in the market. As a result of these banks are now investing abroad for higher returns and lending towards smaller firms carrying high credit risk. Others are adding charges for their services—for example, the Mitsubishi UFJ Financial Group is considering fees on dormant accounts, a spokeswoman revealed last December.

Amidst this environment, The Tokyo Metropolitan Government (TMG) outlined an initiative to boost itself as Asia’s leading financial hub. Central to this ambition is the fintech industry, which TMG is banking on to move more than US$16.8t (¥1,860t) of individual financial assets in Japan, US$9.07t (¥984t) of which are kept in underperforming cash and bank deposits.

Foreign fintechs are expected to help solve the failing profitability of banks by guiding them to shift away from traditional business models, according to Hiroshi Nakaso, former deputy governor of the Bank of Japan and current chairman of FinCity.Tokyo.

The traditional business model saw local banks rely on deposit rates for profits, but with interest rates close to zero and the further easing of the fiscal policy expected, this model has become insufficient for banks to survive.

“I believe one way to address this situation is to invite more fintech companies which will introduce highly new business models. This is what is happening in any major market, which allows fintech companies to directly access the banks’ platform. I think a collaboration of fintech companies with the banking sector will open new frontiers for the banking business,” Nakaso said during a conference hosted by the TMG.

The entry of overseas fintechs into the market is also expected to help solve the problem of overcapacity, according to Nakaso.

The entry of fintechs, as well as Tokyo’s bid to become a leading financial hub, will open up the global market to regional banks as well as undiscovered small and medium enterprises (SMEs), added Nakaso, who after his departure from BoJ joined FinCity.Tokyo, a TMG-founded organisation that aims to promote Tokyo as an international financial institution and help upgrade the city’s financial ecosystem.

A cashless city
But the industry faces one huge wall: despite its reputation as a global technology leader, Japan remains heavily reliant on cash. Today, four out of five payment transactions in Tokyo alone are still cash-based. Further, private asset accumulation also remains slow compared to other markets such as the US and in Europe, Nakaso noted.

Tokyo’s continued reliance on cash was also identified as an important area of development by Yoshinao Ogawa, senior director for strategic project at TMG. “We are not on par with most nations in the cashless movement,” he admitted. “What is preventing cashless opportunities everywhere in Japan is on issues regarding the application and the systems.” These include problems of terminals for cashless payments, particularly for smaller stores, as well as handling fees.

But whilst Tokyo Governor Yuriko Koike admitted that Japan is slow to transform its cash-based society partly due to paper bills carrying “a lot of trust” amongst citizens, she sees it as a proof of the soundness of Japan’s financial sector.

For Koike, the cash heavy market should not be seen as a barrier, but as an opportunity. “If [we] can attract or recruit more foreign players to Tokyo, we think that this will further support Tokyo’s financial market,” she added.

In order to encourage more cashless transactions, Koike iterated TMG’s full commitment to help build 5G infrastructure. The introduction of mobile communications that operate at a speed a hundred times faster than that of existing wireless communications is likely to help speed up the change, she said.

Further, Japan's Financial Services Agency (FSA) is implementing various policies and initiatives to encourage the ageing society to diversify their assets, with the goal of promoting sustainable economic growth.

One of these projects is the promotion of household investment in tax-exemption schemes such as the Nippon Individual Saving Account (NISA). The effects of these initiatives are already becoming apparent, with NISA accounts having grown from 4.9 million in 2014 to 17.1 million as of June 2019, according to Yasumasa Tahara, director of FSA’s strategy development division.

Koike has set a target of attracting 50 foreign companies by 2020, complemented by various initiatives to entice overseas players. These include startup subsidies of up to $64,490 (¥7m) to cover half of outsourcing costs; free consulting services; matching opportunity services with local financial institutions and investors; as well as incentives for fintech and AM companies in the area of legal and accounting professional services, amongst others.

TMG is also providing facilities for foreign fintech startups and companies to meet and collaborate with Japan’s financial institutions.

These initiatives have already helped Tokyo attract 20 foreign fintech and AM companies between 2017 and 2018, according to Ogawa. Of these, six are overseas fintech firms which have received subsidies amounting to about $27,642 (¥3m) on average.

In addition to the above, TMG is looking to ease regulation procedure for setting up businesses in Tokyo, such as in finance licensing and expat quality of life, said Koike.

“When we ask foreign fintech companies or startup companies about Japan, they say that the market is attractive but they have difficulty understanding Japanese business customs,” noted Koike. “We are also providing support in the startup scene by developing the living environment of expats. For example, being able to send their kids to schools that speak English.”

“The manning of funds in the local economies are different, so there are areas in surplus and other areas in shortage because of the demographic strategy or culture. Tokyo can function as a hub in the domestic perspective: channel surplus funds into Tokyo and then redistribute to local regions that are in shortage,” he added.

Regional banks can also help support this role. “Because local banks have a wide network in local economies, the collaboration of local banks with these economies can help make the hub happen. This is also the kind of domestic role that Tokyo as a financial hub can function,” FinCity.Tokyo’s director said.