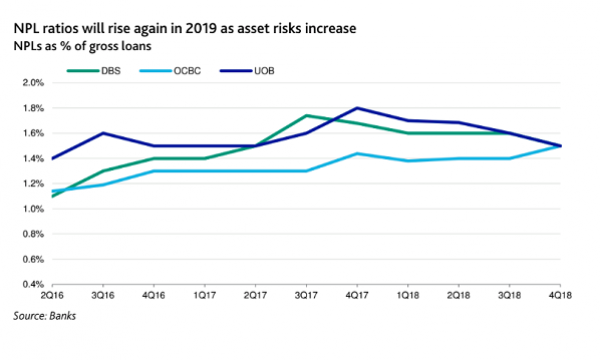 The NPL formation of OCBC and UOB rose by 137bp and 94bp respectively in Q4.

The year-end uptick in the bad loans of OCBC and UOB signals tougher times ahead for banks in Singapore as asset quality is set to deteriorate further against a weak operating environment.

OCBC and UOB saw their respective Q4 non-performing loan (NPL) formation of 137bp from 53bp in Q3 and 94bp from 75bp. The two Chinese-owned lenders also stepped up write-offs of 49bp and 67bp, according to UOB Kay Hian.

“The two banks owned respectively by Lee and Wee families could have turned more conservative due to heightened uncertainties in the external macro and operating environment,” observed Jonathan Koh, analyst at UOB.

New NPL formation is set to rise amongst SMEs in the construction and services sector given their vulnerability to the weakening environment and steep interest rates, according to a report from Moody’s Investors Service. The systemwide gross NPL ratio for loans to Singapore-based SMEs rose to 5.1% in June 2018 from 4.6% in 2017 and 2.8% in 2016. SME exposures accounted for around 5-10% of the banks’ total loans by end-2018.

OCBC, in particular, saw the largest increase in NPL formation amongst its peers which Moody’s attributes to two corporate accounts. The bank also saw an uptick in soured loans in the oil and gas segment in Q4 given its significant exposure to indebted crude oil supplier Coastal Oil Singapore. Of its outstanding debts of US$354m, OCBC has an exposure of US$122.7m whilst DBS and UOB are both owed US$29.9m and US$19.5m respectively, data from CIMB show.

In the worst case scenario where Coastal Oil’s assets could not sufficiently cover its debt, credit costs in FY19 could rise by 6bp for OCBC to 19bp; UOB by 1bp to 19bp; DBS by 1bp to 24bp, Andrea Choong, analyst at CIMB said in an earlier report.

Against this backdrop, further gains is unlikely to materialise as net interest margins (NIMs) may have already hit their peak after hitting an average of 1.8% in 2018 from 1.75% in 2017. “It will be difficult to further improve profitability because NIMs will be mostly flat or widen only slightly, and credit costs will increase gradually due to worsening macro conditions,” Moody’s said.

On the bright side, the three banks are steadily becoming yield plays due to the generous dividends they have been doling out. DBS maintained its final dividend at 60 cents/share whilst OCBC and UOB increased dividends by 21.1% and 7.7% to 23 cents/share and 70 cent/share.

“Our positive view on Singapore banks is justified by their attractive dividend yields, which differentiate them from their regional peers. With robust CET-1 CAR and the option to turn on scrip dividend, we see their payout ratios as sustainable,” concluded UOB’s Koh. 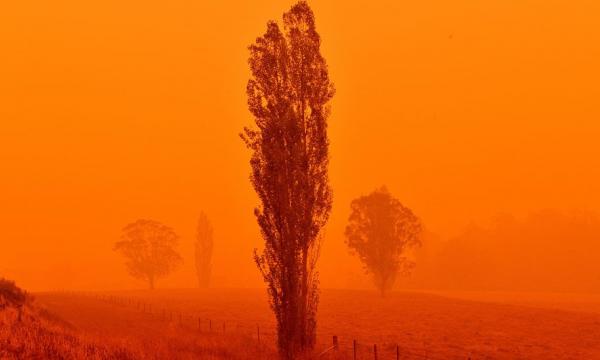