The bank extended $4.86b in green syndicated and club loans across 40 deals.

Throughout the year, the Singapore bank reportedly extended $4.86b worth of green and sustainability-linked syndicated and club loans across 40 deals, according to Debtwire. The number is almost double the bank’s 2020’s figure of $2.53b across 16 deals.

The money is used to finance the roll-out of green and transition strategies such as the promotion of renewable energy projects, green buildings, and decarbonisation measures, according to DBS.

One key transaction is the Toyota Financial Services Singapore (TFSSG), a subsidiary of the financial services arm of Toyota Motor Corporation (Toyota), to which DBS provided a S$150m transition loan to grow its Electrified Vehicle sales in Singapore.

In Hong Kong, DBS also provided Kwoon Chung Bus Holdings Limited with a HK$348m sustainability-linked loan, the first for the company, to support their effort to ensure that no less than 70% of their bus fleet will be more green in the next five years. 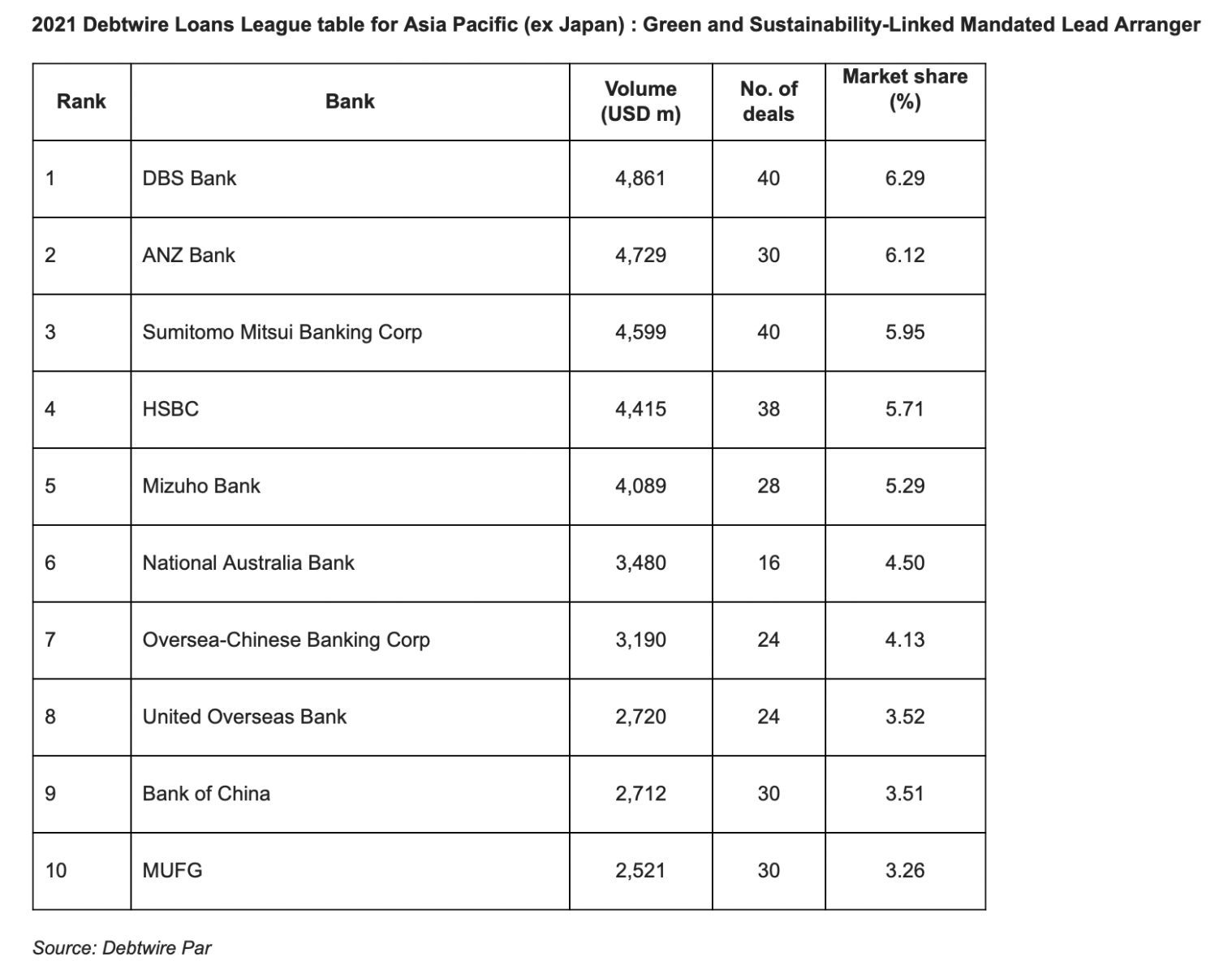