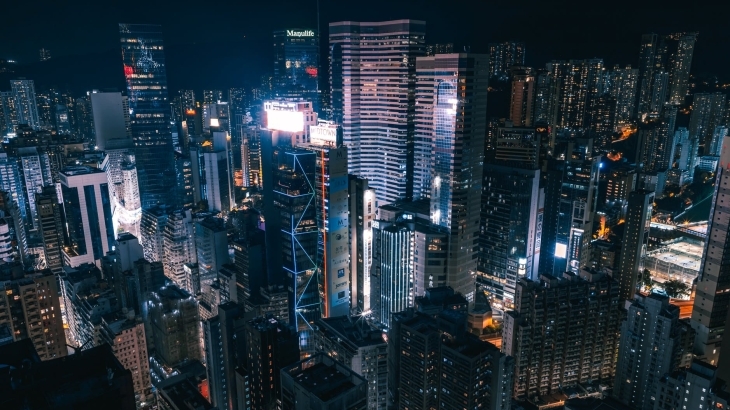 Is there really a capital exodus from Hong Kong to Singapore?

Amidst all the ruckus brought by the pandemic, tensions have flared again as China imposes a national security law on Hong Kong which would allow for the establishment of a national security agency in the city and would criminalise subversion and secession. People across the city and around the world raised alarm bells and protesters returned to the streets once more. In response, the United States government has stripped Hong Kong of its special status, a move which will further jeopardise the city’s image as a global business hub.

Hong Kong has been struggling to keep itself attractive to foreign businesses ever since the anti-extradition protests began in 2019. Banks’ asset qualities have taken a heavy beating not just due to the unrest but also because of the COVID-led economic downfall. Some have seen increasing enquiries about moving capital to other Asian countries like Singapore. HSBC and Standard Chartered, banks which have seen high enquiries about offshore accounts, have been chastised for coming out in support of the security law.

To get a clearer picture of what’s been happening on the ground, Hong Kong Business reached out to banks, analysts, and the Hong Kong Monetary Authority (HKMA). They were asked about their thoughts on the security law, which segments would likely be the most affected, the capital flight from the city, and what authorities can do to take the unwanted heat off the sector.

Money moves
Talks about capital flight were first reported in early June when HSBC, Standard Chartered and Citigroup saw spikes in enquiries about offshore accounts, with Singapore, Sydney and Taiwan as the popular destinations. In particular, HSBC and Standard Chartered have seen enquiries surge by 25-30%, according to a Reuters report.

Although customers have been mulling about relocating their money elsewhere, Jefferies Head of China FIG Research Shujin Chen doesn’t see a lot of outflows at the moment. In an exclusive interview, she said that whilst clients have been moving their registrations to Singapore, Hong Kong remains attractive to foreign money especially from the mainland.

“There are still quite a lot of inflows to Hong Kong. We do hear from banks that some private banking clients move their registrations to Singapore. But Hong Kong’s capital market is more mature and it has more exposure to Mainland China where a lot of investors want to invest in,” Chen explained.

Nevertheless, if China goes ahead with the security law, the US could conduct more actions on the banking sector. Commercial banks with more overseas business, including those that help firms go abroad under the One Belt One Road projects, may be more affected, Chen said.

Moreover, Garcia-Herrero thinks Hong Kong banks will diversify their operations further into the rest of Asia, but mainland banks operating in the city will not see a major difference.

Singapore as the main beneficiary?
The Lion City is said to be gaining from the supposed capital outflow from Hong Kong even with denials from analysts and regulators of outflows happening in the first place. A UOB Kay Hian (UOBKH) analysis revealed that non-resident deposits jumped 43.8% YoY to $44.6b (S$62.1b) in April, with overall deposits for domestic banking units (DBUs) rising 13% YoY in the same month because of “flight to safety”.

The spike in bank deposits likely stipulates the deleveraging of private banking portfolios and the increasing risk aversion as Hong Kong’s political woes go on, according to a Bloomberg Intelligence analysis.

But just like its Hong Kong counterpart, the Monetary Authority of Singapore (MAS) came out to dispel reports of capital inflows. In a note, the regulator agreed that whilst currency deposits have risen considerably since 2020 began, the immensity of such deposits is much less and “have come from diverse sources and for varied reasons.”

The regulator concluded that the country’s foreign deposits come from different sources and that no regional or country source can be considered as the sole driver.

Whilst Garcia-Herrero thinks that Singapore is “clearly” benefiting from all the events unfolding in Hong Kong, she cautioned that the degree of relocation might not be as large.

“Whatever is Mainland-related will remain in Hong Kong and this is the bulk of Hong Kong’s financial transactions even today. This is particularly true for IPOs and bond issuance but less for syndicated loans,” she said.

On the other hand, Chen noted that it is hard to say whether Singapore or other Asian markets would gain from the money exodus from Hong Kong or from the mainland, as the Chinese market is too big and Hong Kong enjoys more freedom regarding capital restriction.

In addition, relocating business may prove to be an ordeal for Chinese banks but they may still try to move their US operations to Hong Kong or to the mainland. The process may be even harder for Hong Kong banks as they have nowhere else to go, she said.

Unfazed
Whilst the general consensus is that the security law symbolises China’s deep-seated attempt to ensnare Hong Kong once more, some financial institutions are not that worried about its potential implications on the monetary system.

The Hong Kong Monetary Authority (HKMA) opines that the law should not bring forward any fundamental changes to the city’s monetary and financial system. In a 26 May statement, chief executive Eddie Yue assured that the Article 112 of the Basic Law will preserve “the free flow of capital and free convertibility of the Hong Kong dollar” and that the banking system has strong capital positions, adequate liquidity, good asset quality and a convincing track record in operational resilience.

“The Hong Kong dollar exchange rate has remained stable and on the strong side of the convertibility zone. Interest rates have stayed low. Financial markets have also been operating in a smooth and orderly manner. There has not been a noticeable sign of fund outflow from either the Hong Kong dollar or banking system,” he said, adding that the regulator will be on the lookout to allay “unfounded rumours.”

One week later, on 2 June, Yue came out again with a statement after the US government announced that it is ending its special treatment of Hong Kong. In it, he reiterated that the HK$ market has been “functioning normally” and dismissed reports of fund outflows and shortage of US$ banknotes amongst certain bank branches.

Regarding the sustainability of the Linked Exchange Rate System (LERS) and whether the US can revoke it, Yue stated that the best approach in keeping confidence in the system is “to stick to facts and uphold a high degree of transparency.”

“Hong Kong’s financial sector continues to display strong resilience in adversity: the Stock Exchange of Hong Kong (HKEX) continues to be the world’s top listing destination, turnover of the Shanghai-Hong Kong Stock Connect has doubled, and that of the Bond Connect has tripled. All these are a testament to Hong Kong’s edge as a dominant gateway to the Mainland,” he wrote.

The Bank of China (Hong Kong) believes that the formation of the security law “will help restore social order and the stability of the business environment.” The bank explained that the security law, under the current “one country, two systems” principle, will clear the path for the city’s long-term development and bolster enterprises’ and investors’ confidence.

“It will also create favourable conditions for economic recovery, ensure the prosperity, stability and robustness of Hong Kong, and further consolidate Hong Kong's position as an international financial centre,” a BOCHK spokesperson said.

Regardless of everything that has taken place, Garcia-Herrero thinks that Hong Kong’s rule of law regarding commercial transactions is still in good standing, which will give the city an edge to prosper even more, in addition to a tax-free environment and full capital account convertibility. She praised the HKMA’s move to enact free liquidity requirements for banks, something that she thinks will help the industry adjust.

However, despite numerous assurances that everything will be alright, Garcia-Herrero stated that the security law’s intention not to affect the sector “is easier said than done.”

“In reality, Hong Kong’s financial centre is set to be even more focused on the Mainland and, at most, the rest of Asia, but it will not be as global as before,” she said.