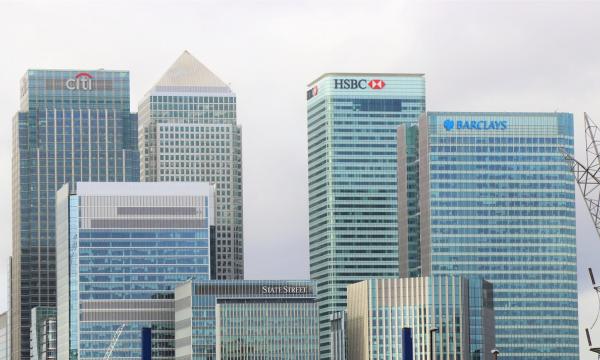 What banks are getting wrong in their restructuring plans

Lenders are relying too much on past risk data and numbers instead of long-term growth prospects.

In February, HSBC declared that it would be undergoing yet another major overhaul that will see the lender shave more than US$100b in assets and cut 35,000 jobs from its 232,000-strong global headcount. The announcement may have stunned some, but it was also somewhat inevitable: just days after the announcement, the lender revealed that its profits plunged 53% in FY2019 due to high impairment charges and credit losses. This would be the third time that HSBC is restructuring in just a decade.

HSBC isn’t the only major bank undertaking a massive revamp, however. Just a month earlier, UBS cut 500 jobs in its Europe private banking arm. Last year, Deutsche Bank outlined a $8.29b plan—and shaved a quarter of its global staff in the process—that other big players called “radical” and “challenging”. Australia’s Westpac have not made any grand pronouncements, but it has outlined a strategy to cut US$400m in yearly expenses. These lenders all reported shrinking margins and up to billions of losses in the past year.

Now, with the COVID-19 crisis plunging the global economy into a deep recession, more banks may face the decision of having to revamp their corporate structures to save costs and boost profits. Which begets the question: what should they be doing in an overhaul, exactly? What are they missing—and what must they do to ensure success and avoid repeating the process in a few years (and incurring billions of extra costs)?

Beyond the numbers
One problem is that banks are being too mechanical and too past-oriented in their restructuring plans, according to Boston Consulting Group partner Tushar Agarwal: that is, focusing too much on the numbers and historical risk data.

“Banks tend to make a quite mechanical approach—that is, based on the numbers only—for restructuring and tend to neglect future growth potentials and investment needed. We have seen banks in the past crisis [who] made a lot of restructuring and too much optimisation on their portfolio, but ended up losing their long-term growth engine,” notes Agarwal.

Lenders who are doing it right are those reviewing the riskiest parts of their loan portfolios, he said. These are the services involving mid-sized companies and small and medium enterprises (SMEs) who are the most vulnerable to sudden market fluctuations, such as the pandemic.

However, Agarwal warned not to abruptly let go of business lines, especially with the ongoing pandemic.

“Best practice banks are prioritizing review of the mid-corporates and large SME businesses as they are most susceptible to the ongoing flux. But this is not the time to let go of business lines, but rather, a time of building the fundamental infrastructure needed to respond efficiently to economic relief policies as well as process the extraordinary volume of loan requests they are receiving,” he said.

Managing and mitigating credit risk remains core to a successful overhaul. However, lenders have the tendency to look back, and not forward, in devising their stress-test and risk-mitigation strategies.

“To address that problem, banks need to adopt a new and more dynamic approach that applies data science and analytics.”

Amidst the ongoing crisis, Asian financial institutions have risen up to the challenge by designing specific interventions to better manage end-to-end credit risk, says Joydeep Sengupta, senior partner at McKinsey.

“Similarly, sharper risk identification, monitoring, and measurement approaches can identify clients with higher vulnerability to primary and secondary effects of the COVID-19 outbreak and anticipate deteriorating creditworthiness,” he added.

Further, Sengupta noted that Asian banks have explored options to quickly reorient resources from underwriting to monitoring and collection, including dedicated training sessions and outsourcing.

Data and analytics methodologies have also helped banks neutralise the impact of COVID-19 on capital, provisioning, and stress-testing models.

Meanwhile, BCG’s Agarwal noted that most banks are currently focused on tackling immediate priorities such as the protection and well-being of their staff, streamlining expenses, and ensuring sufficiency. But these activities only fall in the first part of BCG’s ‘Flatten-Fight-Future’ framework. According to Agarwal, lenders should also begin to look beyond that.

“Forward-looking banks have already started to move towards ‘fight and future’ where they are now preparing for the recovery—rethinking the product offering for a much more digital economy, reimagining the sales experience and exploring new operating models for the staff, including extended remote working. Senior management of cash-rich banks are also investing energy into exploring breakthrough medium-term ideas that can provide an edge to them in capturing new segments that they were earlier unable to,” he added.

Digital, digital, digital
Institutions who failed to ride in the digital wave of the last few years are now forced to play catch-up amidst this world of lockdowns and social distancing, whilst traditional lenders who have long established their technological capabilities have the chance to better learn just why the future is digital.

In Singapore, the pandemic crisis and the ensuing circuit breaker measures has led customers to seek out banking services digitally out of necessity, even those in the older age group, notes Ivan Tan, S&P Global Ratings analyst.

“The case for digital banking services in Singapore has become stronger due to COVID-19. A record number of digital banking transactions are taking place during the COVID-19 outbreak, pointing to a strong acceleration in fintech adoption. The number of customers who switched to digital banking have grown significantly, including those in the 60-80 age group,” he said.

“For example, more than 100,000 DBS Bank customers made their debut digital transactions from January to March 2020. Evidently, consumers who were initially resistant to digital channels are adopting out of necessity during these challenging times,” Tan added.

But lenders who were first to invest in digital also have yet to show for it, according to Tan. In fact, more costs may be necessary in the future. “On the flip side, the big Singapore banks that began their digital journey several years ago have yet to demonstrate significant cost savings or income boost. These benefits will accrue mainly from branch and staffing reductions, which will likely need sizable investments in digital innovation or solutions and information technology infrastructure.”

“For now, the profitability and efficiency ratios of the Singapore banks we rate have remained flat, and they have largely retained existing traditional infrastructure such as ATMs and branches,” Tan concludes.

Going digital doesn’t just mean revving up their digital services—it may also mean a significant revamp of work arrangements by allowing employees to work from home, for example, according to McKinsey’s Sengupta. “To effectively manage the future downside risk on revenue, banks should target becoming lower-cost franchisees by considering strategic cost programs that draw on multiple cost-saving strategies, including remote working,” he said.

Worthiness, necessity
So are restructurings now imminent for most lenders given the expected period of low profits? Not necessarily, according to BCG’s Agarwal.

“Restructuring is not a necessity for the banks but it is good to define a clear strategy for their credit portfolio with a forward-looking view, and rebalancing their portfolio,” he said. For example, banks should be able to provide fresh viewpoints to their corporate clients, even through digital means such as Zoom or Microsoft Teams. “It is a good time to reignite the corporate relationship and be seen as a trusted long-term partner rather than a price-bidder.”

Those undergoing overhauls should look into investing in data analytics and digitising their operating models. For wholesale banking, for example, having just a lending-only proposition with their client base without getting revenues from cash, amongst others, is a loss-making endeavour given the cost of credit and operational costs impact, according to Agarwal.

“Hence, investment in analytics to build a stronger early warning and digitization of the operating model would be critical to anticipate losses, reduce costs of operations and increase share of wallet,” he added.

Analysts agreed that banks may have to look for new revenue sources whilst considering how the pandemic may impact their work arrangements and corporate structure.

“Emerging consumer trends include greater receptiveness to digital channels—particularly among digital-averse segments such as elderly or rural populations. After the crisis, employees may be more inclined toward remote-working arrangements, which will have repercussions on everything from real-estate costs and planning to IT spending,” noted McKinsey’s Sengupta.

“Meanwhile, banks could face a prolonged period of lower profits and tighter balance sheets, reduced interest rates due to regulatory pressure, and increased operational costs due to new safety measures. These combined factors can reshuffle priorities and point the way toward new ways of serving customers,” he added.

BGC’s Agarwal also noted that given the ongoing pressure on lenders to take on and provide credit, it is a time for bankers to explore other revenues sources, such as cash, trade and treasury services.

“And this is a good time for many of the challenger banks to invest resources into building capabilities given they have idle capacity internally as well as many of the promotional expenses and projects are on hold,” he added.

BGC’s Agarwal cautions on jumping the gun amidst the ongoing crisis. “Restructuring in response to short-term stimulus results in pushing the problem or issue to later rather than resolving it,” he claims.

“At the end, the purpose of restructuring is making both banks and industries healthier,” Agarwal concluded.

Photo by Expect Best from Pexels Private Equity in a post-COVID 19 world