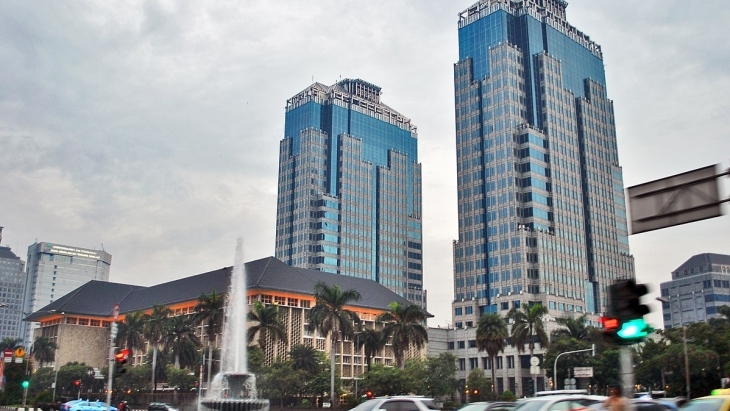 Indonesia is shaking up its payments market with the introduction of a new regulation that will make it easier for foreign players to enter the market, while also allowing local payment firms to secure much-needed capital more easily.

Beginning 1 July, the archipelago’s restructured payments market will allow foreign investors to control 85% of economic interests in payment service providers, up from the previous maximum of 49%. Voting rights for foreigners will be maintained at 49%, however.

“There is likely to be a relatively limited impact on existing payments players given that BI has provided a limited grandfathering clause,” de Gantès and Chaudhuri said.

Despite the expanded legroom for foreign ownership, BI’s decision to keep the minimum local shareholding and control requirements is unsurprising given the importance of the payment sector for a country’s economy and financial stability, according to Vik Tang, senior international counsel at law firm Hisawara Bunjamin & Tandung (HBT) and partner of Herbert Smith Freehils (HSF); and Michelle Virgiany, international counsel at HBT and partner senior associate of HSF.

The division between share ownership and control gives foreign owners more space to move whilst ensuring that Indonesians remain in control. “In cases where the current foreign ownership exceeds the proposed limit, the higher share may still be maintained as long no change is made to the share ownership composition or shareholder control by the foreign parties after 1 July 2021. Any such changes will trigger the requirement to comply with the new limits under the Payment Systems Regulation,” said de Gantès and Chaudhuri.

Meanwhile, Tang and Virgiany expect to see more preference shares being used in the payment sector, so that the foreign shareholders can optimise their level of ownership whilst still ensuring compliance with the local control test.

Another major change is that the BI is now subjecting payment gateway, e-wallet, and remittance companies to foreign ownership or control limits beginning 1 July. Players currently holding such licenses will therefore need to be mindful of any corporate actions that could result in their “grandfathered” status being revoked, warned Tang and Virgiany.

Streamlined licensing
Despite an expected limited effect on the current system,the changes will heavily impact licensing, making it much simpler, said Tang and Virgiany.

“The licensing regime will be much simpler. Currently we have nine types of payment licenses. After 1 July, front-end players will be given a payment services provider license and back-end players will be appointed through issuance of a determination by Bank Indonesia,” the lawyers noted in a written correspondence to Asian Banking & Finance.

Instead, there will only be three licenses for payment service providers that will dictate what payment activities they are allowed to delve in.

As an example, prior to the new regulation, a company intending to carry out e-money, e-wallet, payment gateway, and remittance activities will need to apply for four different payment licenses from Bank Indonesia. But under the new regime, it will only need one license, which is the payment services provider license, said Tang and Virgiany.

Whilst simplifying the process, the next few years would be a tedious exercise for BI as they complete the daunting task of converting current licenses into new once. The lawyers expect that the regulator will engage with existing licensed payment companies to discuss their activities and the conversion of their licenses.

“They will be “grandfathered” in terms of the minimum local shareholding and control requirements,” they noted, adding that currently running companies need not to worry much as they will only need to comply with such requirements in the event of any change of composition of foreign shareholding or change of control by a foreign party.

Level-playing field
Another change introduced by the new payments act by shifting the regulatory framework from an entity-based approach to activity and risk-based approach.

By moving to an activity-based approach, the new regulation seeks to achieve a level playing field between banks and fintech players in the payment space, according to de Gantès and Chaudhuri.

“The new regulations also ensures that regulatory oversight is focused on the highest risk players and activities, thereby bringing down overall risks to the payment system,” they added.

De Gantès and Chaudhuri further noted that this approach is intended to reduce the regulatory burden on the industry and ensure faster time to market in the case of minor enhancements in product features.

The regulations also introduce a self-assessment system for payment service providers looking to launch new products and services. Under this self-assessment system, the company must assign a risk rating to the proposed new product/service or cooperation arrangement with other payment service providers. Product approval applications that are deemed to be low risk need only report to BI with no separate approval needed. Only products classified as medium or high risk require BI approval prior to launching.

Digital banking creeps in
The new regulations may not be the end to the payments system overhaul, as the rise of digital-only banks across Asia has inspired players in Indonesia’s payments market. Companies holding e-money licences are already taking action or are considering launching a digital bank arm, Tang and Virigany noted.

“Market players should keep a lookout for the digital banking regulations that may be issued by the Indonesian Financial Services Authority (Otoritas Jasa Keuangan or OJK),” they said.

Currently, digital platforms holding e-money licenses are already taking actions, or are at least considering, to have a digital bank arm in their group. Tang and Virgiany expects that consumers will see some form of integration or cross-functionality being introduced in relation to e-money and banking accounts in the near future.